“Lower for longer” is a phrase applied quite a bit of late to oil prices, but it applies to drilling rigs, too. In a Thursday note on oilfield services companies, analysts at Cowen and Company called an early third quarter bottom of about 900 to the Lower 48 U.S. rig count. But don’t expect there to be a bounce from there as much has changed in the industry. 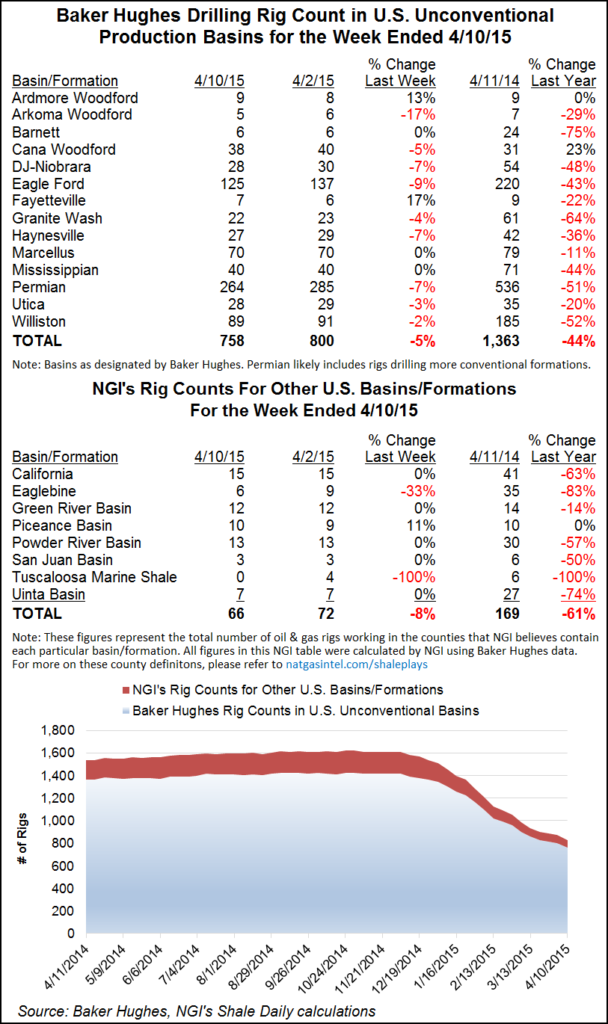 “With now lower service costs and more stability in oil prices (at least for the time being), we expect E&Ps to begin picking up rigs in 2H15,” Cowen analysts said.

“We also note that current futures pricing has WTI approaching $60 by early 2016,” they said. “Under this scenario we expect about 300 rigs to be returned to service by mid-2016, resulting in a total rig count of about 1,200. The combination of added rigs and high-grading of E&P development likely arrests any decline in oil production, creating an effective ceiling on the commodity price and the rig count over the next few years, resulting in a ‘lower for longer’ rig count scenario of about 1,200 rigs.”

Wells Fargo Securities analysts were of a similar mind, judging by their note on the E&P sector released two days earlier.

“…[A] large part of the price recovery is built on assumptions that U.S. production flattens and then goes negative,” Wells Fargo said. “While we still think that assumption is far from certain…if the U.S. producer really is the marginal shale player, we believe a production roll would just be part one of what becomes a circular outcome. Because if and when production rolls, that would result in temporarily higher prices, only to see producers deploy more rigs and cash.”

And the industry has seen what that does to prices.

But that’s all in the weeks and months ahead. For now, oil/gas patch operators are still counting backward — and doing it at a faster clip than in recent weeks, according to the latest data from Baker Hughes Inc. out Friday.

The U.S. count dropped by 40 rigs to 988 in the April 10 iteration of Baker’s weekly count, which is about twice the decline in the two previous rig counts, and down 46% from year ago levels (see Daily GPI,April 2; March 27).

The standout loser among the states was Texas, which saw its rig census drop by 29 to 427, less than half what the state’s count was a year ago. Not surprisingly, the Eagle Ford Shale and Permian Basin led the declines in the Lone Star State. They have the most rigs to give up, of course, since the large-scale departure from dry gas plays, such as the Barnett Shale, began long ago.