An uptick in drilling activity in the Gulf of Mexico (GOM) helped lift the U.S. rig count four units higher to 479 during the week ended Friday (July 9), according to updated numbers from oilfield services provider Baker Hughes Co. (BKR). 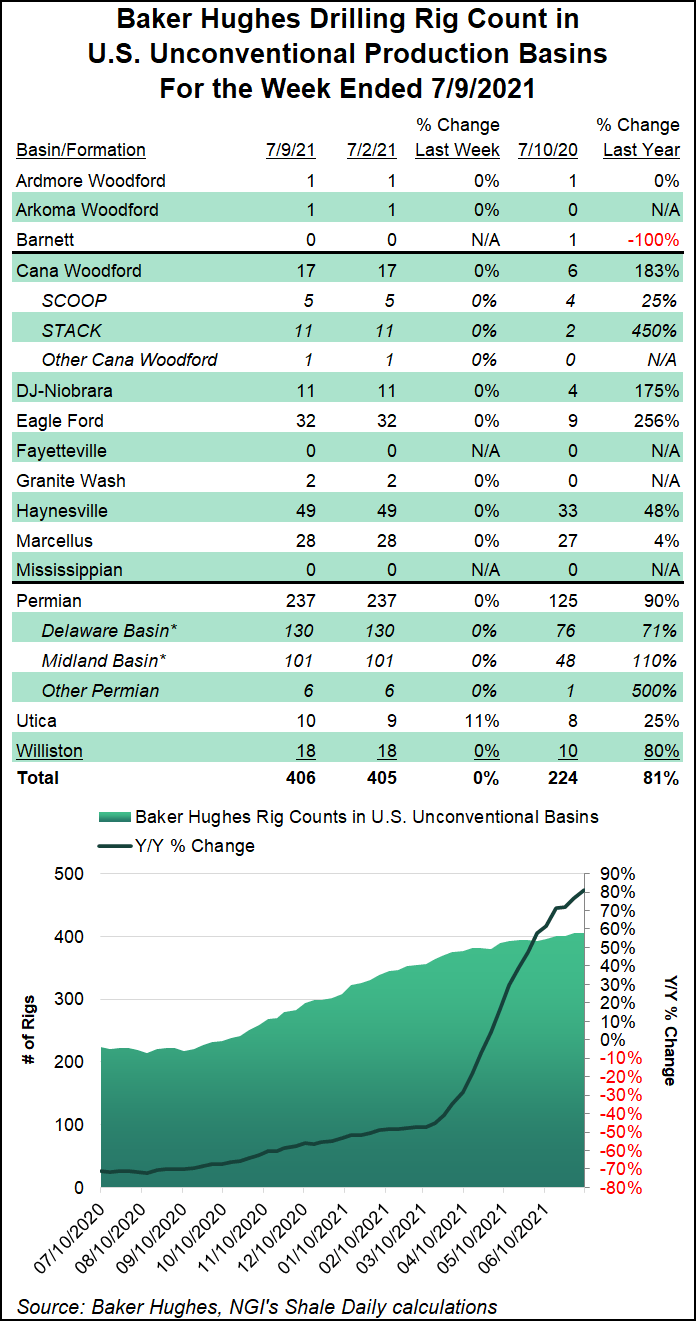 Drilling gains in the United States for the week were split evenly between natural gas-directed rigs (up two) and oil-directed units (also up two). The 479 combined active rigs as of Friday compares with 258 at this time last year, according to the BKR numbers, which are based in part on data from Enverus.

The GOM saw a three-rig increase for the week to reach 17 rigs overall, improving on its count of 12 from a year earlier. Two rigs were added on land in the United States, while one rig departed from inland waters. Horizontal units increased by four; one directional unit was added, while one vertical rig departed for the week.

The Canadian rig count, meanwhile, climbed one unit week/week to reach 137, up from 26 in the year-ago period. Changes there included the addition of one oil-directed rig and one gas-directed, partially offset by a decline of one miscellaneous unit.

Broken down by major play, there were no significant net changes week/week. The Utica Shale saw a one-rig increase, bringing its total to 10, versus 8 a year ago, according to BKR.

Broken down by state, Texas saw a net increase of two rigs for the period, while Louisiana, Ohio, West Virginia and Wyoming each added one rig to their respective totals. Colorado and Pennsylvania each posted net decline of one rig for the week.

Brent crude prices gained $5/bbl from May to June and are on track to average $72 during the second half of 2021, the Energy Information Administration (EIA) said in an updated forecast published earlier in the week.

Brent prices rose to $73 in June, up $5 month/month and up $33 from year-ago prices, EIA said. Rising production should “reduce the persistent global oil inventory draws” observed over the past year and help to stabilize prices around current levels, according to the July edition of the agency’s Short-Term Energy Outlook (STEO).