Aruba Petroleum Inc.’s motion for a new trial in a drilling/hydraulic fracturing (fracking) nuisance case has been denied by a Texas judge and the company plans to appeal the $2.95M judgment against it. 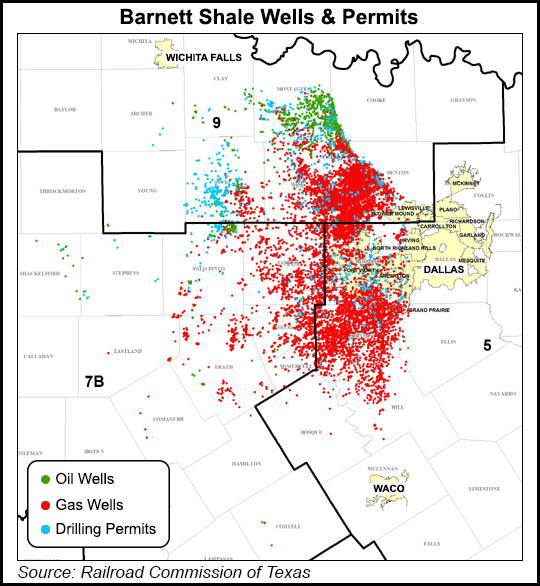 “The company is disappointed with the trial court’s decision to deny its motion for a new trial,” spokesman Fred Stern said in an email. “As a result of the court’s denial of the motion, Aruba intends to file a notice of appeal with the Fifth District of the Texas Court of Appeals.”

Plaintiffs Robert and Lisa Parr alleged that 22 wells operated by Plano, TX-based Aruba within two miles of their land, about 15 miles west of Denton, TX, exposed them to toxic gases and industrial waste. The Parrs said they were forced from their home at certain times and had to live in Robert Parr’s office. The award, in Dallas County Court, did not include any exemplary damages as the jury did not find that Aruba had acted with malice.

“…[I]it is unlikely that Parr v. Aruba Petroleum will dramatically change the legal landscape for companies involved in hydraulic fracturing activity,” wrote Houston-based Jones Day lawyer Joshua Fuchs in a Law360.com blog post following the verdict. “Most importantly, the Parrs’ claims did not challenge activities unique to fracking. Their air pollution claims could be alleged against virtually any drilling operation. As such, Parr is merely one of the numerous nuisance actions routinely filed against oil and gas companies.”

Judge Mark Greenberg’s order did not elaborate on his decision to deny the motion for a new trial. Aruba had based its motion on three issues. First, it said the award was excessive and “…represents an attempt by the jury to compensate the plaintiffs for alleged toxic tort injuries that fail for lack of causation evidence required under the law. No evidence was presented that proved that plaintiffs’ alleged injuries resulted from Aruba’s operations,” Stern said.

Additionally, he said the award far exceeded the normal range for similar cases in which “nuisance” was alleged. “Juries in recent cases involving lights, sounds and odors from oil and gas production in the Barnett Shale awarded damages in the tens of thousands of dollars, not millions,” he said.

Finally, one of the jurors in the case has a previously undisclosed conviction for theft, which is grounds to disqualify him from a Texas jury, Stern said.