President Biden is expected to sign into law the Inflation Reduction Act of 2022 once it reaches his desk, legislation that Department of Energy (DOE) Secretary Jennifer Granholm said would be “monumental” for clean energy investments. 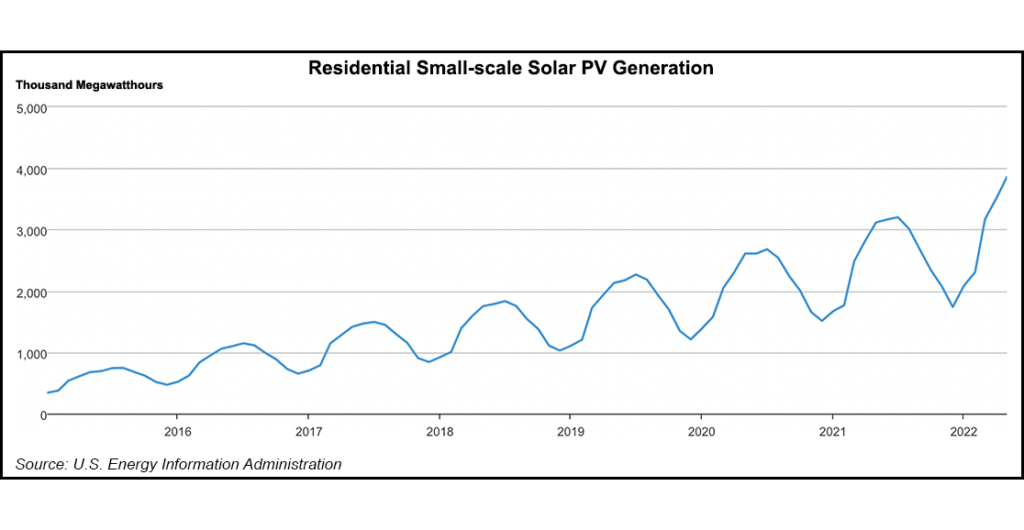 Under the legislation, which cleared the Senate on Sunday and is expected to be approved by the House later this week, spending on clean energy investments is expected to hit $370 billion over a 10-year period.

The legislation’s “monumental investments in clean energy and decarbonization technologies will position the United States to lead a global market on track to reach a minimum $23 trillion by the end of this decade, while revitalizing domestic manufacturing and employing millions more American workers,” Granholm said.

“These clean energy tax credits will make cost-saving products like electric vehicles, rooftop solar, and heat pumps far more affordable, so the average household can immediately enjoy the benefits of the cheap, clean energy revolution,” Granholm said. She noted that the investments “will give us a bulwark against both the volatility of fossil fuel markets and the existential threat of climate change.”

If the law is signed by President Biden as expected, following passage by the House later this week, more than $30 billion in tax credits would be provided to bolster domestic clean energy manufacturing, including solar photovoltaic (PV) panels and associated battery storage components. Another $9.7 billion would be earmarked for consumer home energy rebate programs to electrify appliances and integrate energy efficiency retrofits, including rooftop solar panels.

What’s more, the DOE, Department of Health and Human Services (HHS), five states and Washington, DC, have launched a community solar pilot to increase solar capacity from 3 GW to 20 GW while reducing average bills by $1 billion by 2025, according to DOE.

Colorado, Illinois, New Jersey, New Mexico, New York and DC would be the first to participate in the pilot, according to DOE. Moving forward, the jurisdictions are expected to provide feedback and data to test the operability, security and performance of the platform.

DOE issued a request for information for feedback on the structure of the platform, on which various organizations are able to submit comments through Aug. 31.

“Every American community, especially those that face disproportionately higher energy burdens, deserves the economic and health benefits that come with increased access to affordable clean energy,” Granholm said. “This is why DOE is working across the federal government to open up community solar that will rapidly lower electricity bills for households that need it most and create good paying jobs in every pocket of America.”

The Biden administration also announced it would put $10 million toward funding programs aimed at recruiting, training and retaining a diverse workforce for the solar industry. DOE noted that its Solar Futures Study found that achieving the Biden administration’s decarbonization goals would require hundreds of thousands of jobs in related sectors.

The consortium created a research plan that includes working to create a CdTe module that could absorb light from the front and back of a panel, according to DOE.

DOE’s push to strengthen domestic manufacturing capacity could help support the Biden administration’s goal of achieving a net-zero economy by 2050, officials said. The consortium would aim to improve U,A. competitiveness in the global solar PV market.

DOE also noted that “without strengthened domestic manufacturing capacity, the United States will continue to rely on clean energy imports, exposing the nation to supply chain vulnerabilities.” In March, the Department of Commerce opened an investigation into whether China was sending solar PV parts through southeast Asian countries to avoid taxes, spurring several domestic solar projects to cancel or postpone activities.