Southern California Gas Co. (SoCalGas) efforts to convert renewable energy into pipeline quality natural gas are finding support among some stakeholders who view the research as an important part of building an alternative energy economy. 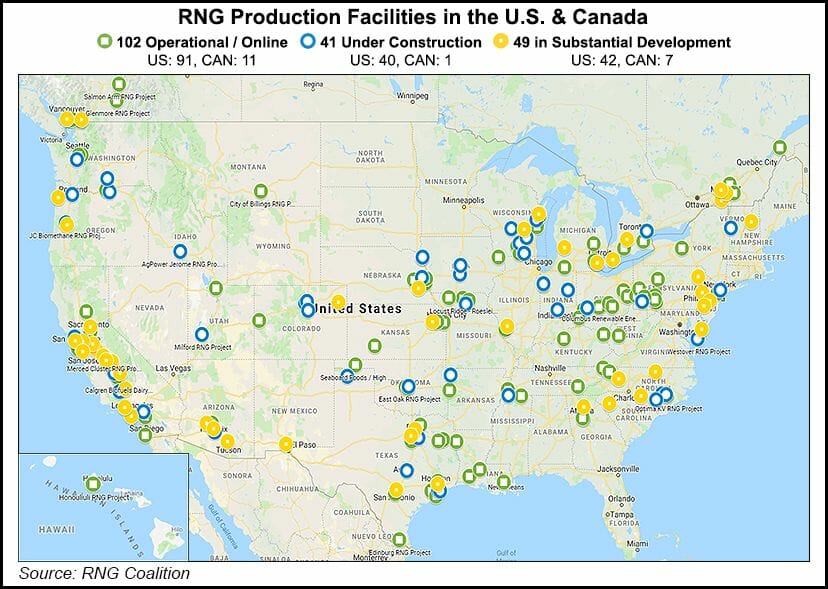 The utility announced last month that it has partnered with German company Electrochaea to commission the nation’s first scalable biomethanation reactor system at the U.S. Department of Energy’s National Renewable Energy Laboratory facility in Golden, CO. The process builds on power-to-gas technology, which has increasingly gained traction as a way to help decarbonize the energy sector along with batteries, advanced nuclear power and other emerging technologies.

Power-to-gas uses renewable energy to convert water into hydrogen through the process of electrolysis. The hydrogen can then be mixed into the natural gas stream and stored in pipelines for later use. The biomethanation reactor system being researched in Colorado adds another step to produce renewable natural gas (RNG).

RNG Coalition spokesman Marcus Gillette said the trade association views renewable hydrogen as a “compatible complement” to RNG, which is derived from organic waste. “All clean, renewably derived gas substitutes from fossil fuel deserve and have a place in our clean energy future.”

As SoCalGas faces the prospect of increasing electrification, it has been pushing policymakers to recognize that renewably derived fossil fuels should be part of a balanced energy approach. California has some of the nation’s most aggressive policies to decarbonize the economy with renewable sources.

In the natural gas vehicle (NGV) sector, NGVAmerica President Daniel Gage told NGI that hydrogen and RNG can work together.

“It can be injected into the natural gas distribution system like RNG and provides another way to lower the carbon intensity of the common NGV fuels,” which are compressed natural gas and liquefied natural gas.

“The natural gas distribution system is a wonderfully efficient and affordable way to store and transfer vehicle fuel as opposed to batteries that remain an expensive and technologically limited option” when compared to methane and hydrogen applications, Gage added.

Separately, industry and environmental organizations recently filed comments on the U.S. Environmental Protection Agency’s proposed renewable fuel allotments for next year. The RNG Coalition is advocating for an increase in the amount for cellulosic biofuel.

Nearly 200 million additional gallons of RNG fuel will be produced for the national renewable fuel standards from 40 added production sites around the country, according to RNG Coalition CEO Johannes Escudero.