With a U.S. recession appearing more likely in 2023 and uncertainty swirling around natural gas flows from Russia to Europe, natural gas markets may be in for a bumpy ride heading into the shoulder and winter seasons. 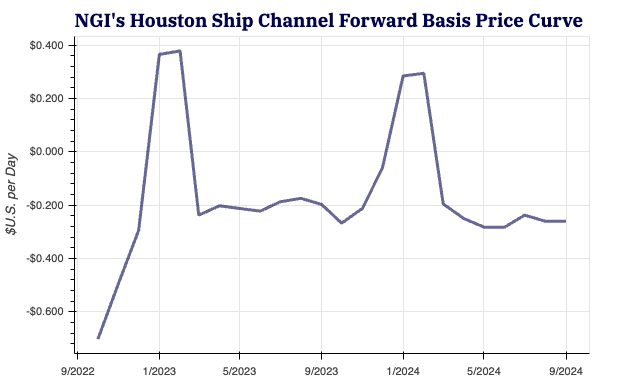 “Our baseline is that you will see a recession in 2023,” Macquarie Group Ltd.’s David Doyle, head of economics, told NGI.

Doyle is scheduled to deliver the keynote address on day two of LDC Gas Forums’ Midcontinent Forum Sept. 12-14 in Chicago.

He cited the presence of numerous leading indicators that have historically preceded economic contraction, including rapid wage growth and a spike in the cost of energy as a percentage of household income.

Notably, Doyle said, there has been “a change in tone” of late from U.S. Federal Reserve Chairman Jerome Powell versus a few months ago. Earlier this year, the central bank was still hopeful of cooling off demand in the economy via interest rate hikes without causing a recession.

Now, though, “the tone that you’re getting from them…is signaling that they are more willing to entertain or tolerate the fact that a recession has become more likely, and probably even a necessary condition, to curb these inflationary pressures,” Doyle said.

Price action in energy markets over the last year, while driven by numerous factors, paints an ominous picture for the economy heading into next year, he indicated.

“Oftentimes what you see is, ahead of recessions and ahead of downturns, you’ll see oil price spikes,” Doyle said. He said he looks especially closely at spending on gasoline and energy goods as a percentage of income.

“When that spikes, and it has spiked over the last year on a year-over-year basis, it tends to foreshadow recession. Now it doesn’t work every time, but oftentimes when you see recessions, that’s occurred…and then ahead of the recession, it starts to come down because you start to see a softening in the price outlook,” Doyle said.

Mexico’s economic outlook is closely tied to that of its largest trading partner, the United States.

Mexico’s central bank Banxico, in its latest quarterly report published Aug. 31, projected base case economic growth of 1.6% for the country in 2023. This is down from the previous quarter’s forecast of 2.4%.

BBVA Research analysts also recently forecast 2023 growth of 1.6% for Mexico, down from a prior projection of 2.1%.

The International Monetary Fund, in the July edition of its World Economic Outlook report, forecast 2023 economic growth of 1% for the United States and 1.2% for Mexico.

These projections were down sharply from 2.3% and 2.5%, respectively, forecast in April.

As for natural gas, a potential recession is just one of several factors influencing pricing in the forwards markets, according to NGI’s Leticia Gonzales, price and markets editor.

“If you take a look at the Henry Hub forward curve, you’ll see a dramatic plunge in prices beginning next spring. However, this is not necessarily because of recession fears,” said Gonzales, who also is scheduled to speak at the LDC event. “There are other challenges, though, namely when it comes to supply chain issues.”

She explained that, “The U.S. gas market is currently running fairly tight as far as supply/demand balances are concerned, especially with only a couple of months to go before the official start of winter in the gas market. Storage levels have remained stubbornly low throughout the summer injection season, which can be attributed to a few different factors.”

One of these factors, she said, is that natural gas production “has been slow to grow as pipeline maintenance activities have pushed output back down anytime it takes a step higher. We are starting to see signs of recent highs of 98-99 Bcf/d, but we’re about to enter the shoulder season, and I expect to see some additional declines across the country as the market readies for winter.”

Over the longer term, Gonzales said that, “by and large, the decline in forward prices for next year is a reflection of the gas market’s view that supply growth is coming, and demand will begin to normalize a bit.”

The U.S. Energy Information Administration (EIA), meanwhile, said Wednesday it is forecasting the Henry Hub natural gas price to average about $9/MMBtu in the fourth quarter, then fall to an average of about $6/MMBtu in 2023 as U.S. gas production rises.

Forward basis pricing at the Houston Ship Channel, a location key to the Mexican market, showed a discount to Henry Hub of about minus 70 cents for October, minus 49 cents for November and minus 5.6 cents for winter 2022/2023 as of Wednesday, according to NGI’s Forward Look.

The Waha hub, which is gaining relevance for Mexico as its imports of West Texas gas grow, showed even steeper basis discounts of minus $2.118, minus $2.098 and minus $1.657, respectively, for the same three periods.

The European Union (EU), meanwhile, appears on track to meet its natural gas storage targets ahead of schedule heading into winter, although a shutdown of the Nord Stream 1 pipeline has stoked fears of a looming recession in Europe as well.

The EU should also have sufficient gas supply for November and December, Rystad Energy analysts said Tuesday. “However, there is a supply risk for the first quarter of 2023,” the consultancy said. The risk will increase if the Nord Stream 1 pipeline remains shut down or runs at very low rates, and if there is a cold winter or late-arriving spring, the Rystad team said.

“There are so many uncertainties when it comes to whether Europe will be able to cope with any declining Russian gas flows onto the continent,” said Gonzales. “That’s been made abundantly clear in the gas prices we’re seeing on the continent.

“But at the end of the day, weather rules the gas market, especially during the winter season, and that will be true this year as well.”

Gonzales also noted that while U.S. LNG exports have risen substantially over the last year amid surging demand in Europe and Asia, no new liquefied natural gas export terminals are slated to enter service in 2023, further limiting Europe’s supply options. 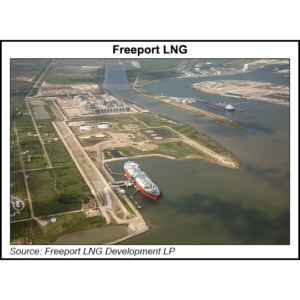 Freeport LNG Development LP has requested FERC’s approval to reintroduce feed gas to one of its three trains more than seven months after a fire and explosion knocked the Texas plant offline. In a filing on Monday, Freeport also said that it has successfully cooled down its Loop 1 transfer piping so it can move…