While the recent rapid drop in crude oil prices has been likened to the price collapse of 1986, a rebound is not likely to take 14 years as the 80’s crash did, according to Rusty Braziel, a veteran of the oil and gas industry during that time. 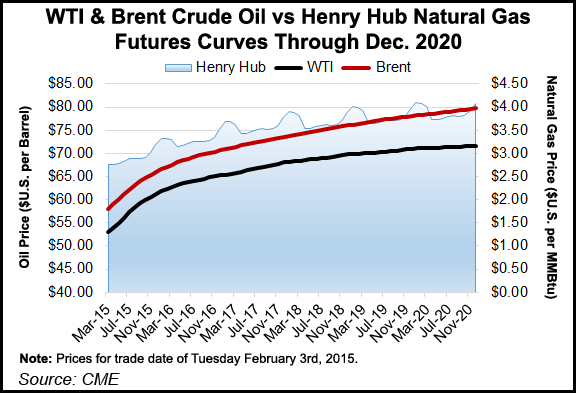 “It’s not going to take 14 years, but it won’t be 14 months either,” Braziel, founder of the analysis and consulting firm RBN Energy.

“In terms of the futures market, prices are viewed to be relatively low for quite sometime, and one of the reasons is that most of the market believes it is unlikely that crude oil production is going to fall off anytime soon.

“In 1986, when crude plunged from $30.00/bbl to $10.00/bbl, it took nearly four years to get back to the pre-crash levels, and then prices crashed again, staying down for more than a decade into the early 21st century, Braziel said during a symposium on prices held by the Center for Strategic and Informative Studies (CSIS).

“We’re not necessarily saying that we think that crude oil prices are going to be below $100/bbl for the next 14 years the way they were after 1986; there are a lot of differences in today’s supply/demand picture versus how things were set up” at that time.

Braziel cited the current futures price curves as supporting his prediction that the price rebound would be slow and moderate as Brent forward prices show about $74.00/bbl, (versus the current $50.00 price, by 2020, and West Texas Intermediate (WTI), now $45.00/bbl, only jumps to about $66.00/bbl in 2020. Henry Hub natural gas under current projections would increase to about $4.12/Mcf.

To Braziel, the slow gains in these futures prices reflect a continuing oversupply with production outstripping demand in most areas of the world. Despite cutbacks by producers, they are not stopping drilling on their best oil and gas wells, so the results are still going to be robust even with fewer rigs, he said, citing the prediction for per-well production to increase this year, compared to 2014.

Producers drilling their sweet spots, completing and putting on line wells already drilled, and drilling wells to hold onto leases are going to keep production increasing for a year or so before dropping slightly or staying flat. For natural gas, Braziel reminded that continued oil production would carry with it associated gas.

Braziel does not see a dramatic change, such as occurred in 1986. “Those big shale plays, although they’re not going to be growing anymore if prices stay at the same level it’s not going to be that bad…at least in terms of production.”

Under a “cutback” scenario, natural gas production through 2019 should continue to grow at 1.4 Bcf/d, down from the average 2.3 Bcf/d growth since 2005, and under a more severe “contraction” scenario, Braziel said, gas production would simply remain flat.

“Drilling service costs are coming down and economics are improving because the producers will be paying less to get the wells drilled,” he said. “There is a lot of drilling that can go on even when there are a lot of wells that are uneconomic, or underwater…There’s a lot of resiliency.”

Braziel sees lots of changes ahead for Northeast natural gas where “there’s going to be more gas produced than the Northeast can possibly use. That means there’s going to be huge interregional flows. The majority of the pipelines are going to reverse. They’re going to flow gas either south or west rather than north and east. Lots of new infrastructure projects are going to be built to make that happen, and there will be significantly less gas coming in from Canada.” He cited pipeline projects totaling 28 Bcf capacity to carry gas away from the Northeast.

Explaining how a focus on a producer’s best wells can make a difference, he cited a breakdown from North Dakota Pipeline Authority Director Justin Kringstad, who indicated Bakken Shale oil wells with initial production rates of under 600 b/d are underwater, while those between 600 b/d and 1,000 b/d are economic. Wells producing around 1,000 b/d are earning some solid returns.

Draft regulations in New Mexico to limit methane emissions from the oil and gas sector must be strengthened by removing loopholes for low-producing wells, according to an analysis by the Environmental Defense Fund (EDF). The proposed rules were unveiled in July by the New Mexico Environmental Department (NMED) and Energy, Minerals and Natural Resources Department…