Ranger Energy Services Inc. has further boosted its wireline presence in the Lower 48 following the acquisition of PerfX Wireline Services, its second takeover since May. 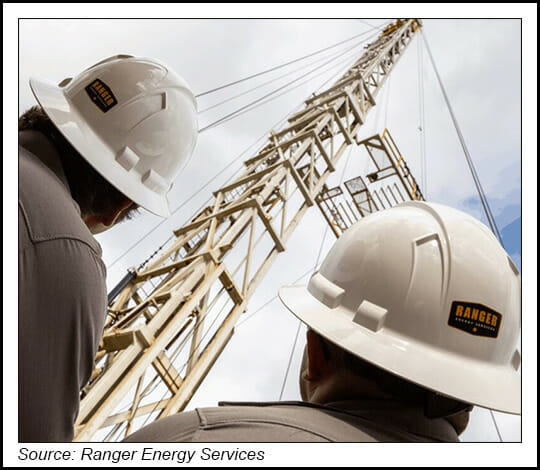 The Houston-based oilfield services company said last week it had acquired Minot, ND-based  PerfX in an all-stock deal. The deal follows the acquisition of Patriot Completions Solutions LLC in May, in which Ranger added 22 wireline units to its fleet of 13.

With both deals in the bag, Ranger’s wireline fleet has increased fivefold, bringing its truck count to 68. The transactions have also added 10 cranes and four pumpdown pumps to its existing fleet of eight pumps. In addition, the newly acquired assets include eight new locations, 27 incremental customers, and “full packages of other ancillary equipment,” Ranger said.

The most recent acquisition includes a 30% ownership option in XConnect, the manufacturer of a modular perforating gun system developed over the past few years with PerfX, through a warrant structure.

“This ownership option is conditioned on the maintenance of a specific minimum level of XConnect purchases,” Ranger said. “Post-acquisition, XConnect is expected to remain the preferred gun supplier to PerfX’s current customer base.”

Ranger now plans to extend its range of services beyond its completions-focused to include a “full suite” of production services. The company is also expanding beyond its current Permian Basin base to include the Denver-Julesburg Basin, the Bakken Shale and the Powder River Basin.

“With these two acquisitions we now have the scale, scope and diversification necessary to ensure the long-term success of our wireline service offerings under the Ranger umbrella,” CEO Bill Austin said. He added that Ranger may have more acquisitions on the horizon.

Ranger said it had issued more than 2 million shares of stock for both the Patriot and the PerfX transactions, both of which have closed. It has also assumed $12 million of light duty vehicle leases and debt. Additional details on the deals were not disclosed.

The buyer noted that Patriot and PerfX posted a combined $30 million in revenue in 1Q2021, representing a 78% increase over Ranger’s reported $38 million. Ranger also said that the Patriot and PerfX revenues reflected a 45% wireline truck utilization rate, though both businesses have the capability to scale up to 75%. That demonstrates “significant upside beyond already accretive near-term expectations,” according to Ranger.