A multi-billion dollar ethane cracker proposed for Southeast Ohio is gaining momentum as Range Resources Corp. agreed to be the anchor supplier under a long-term feedstock agreement announced Wednesday. 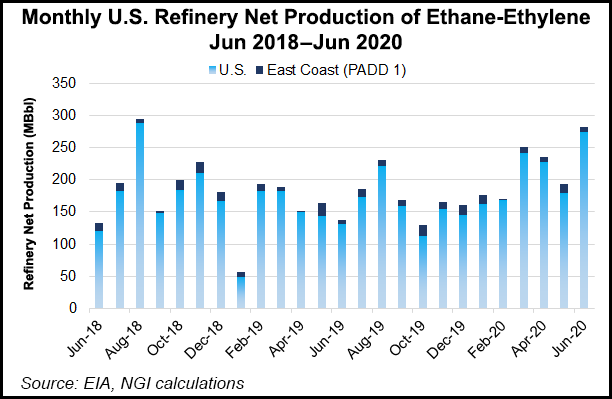 Range agreed to supply 15,000 b/d of ethane for the facility proposed in Belmont County by PTTGC America LLC (PTTGCA). The first supply deal for the facility is contingent upon PTTGCA reaching a final investment decision (FID), which is expected next year.

PTTGCA CEO Toasaporn Boonyapipat said the agreement would “provide the ethane needed for the operation of this project.”Range’s “deep inventory of high quality wells will provide our facility with a safe and reliable source of ethane in the years to come, and we look forward to additional partnerships with producers in the region to make this world-scale polyethylene complex a reality.”

The affiliate of Thailand’s state-owned PTT Global Chemical pcl has been at work on the project for years. The company lost its equity partner in July and has delayed FID repeatedly, but the company plans to find another backer. The first phase of site preparation and engineering work has been completed, while nearly 500 acres purchased. All major regulatory hurdles also have been cleared.

The facility would have the same capacity as the Royal Dutch Shell plc ethane cracker under construction in nearby Western Pennsylvania, which has supply deals with about a dozen Appalachian producers. PTTGCA’s facility would be able to consume 100,000 b/d of ethane to make 1.5 million metric tons/year (mmty) of ethylene and 1.6 mmty of polyethylene, which are key building blocks for plastics.

Range is one of the Appalachian Basin’s leading producers. Core properties are in Southwest Pennsylvania, near PTTGCA’s site, where it holds 470,000 net acres including a liquids-rich inventory of 2,700 wells. The company produced 213 Bcfe in 2Q2020, including 9.7 million bbl of NGL.

Wednesday’s announcement marked another step forward for PTTGCA’s cracker, which would be a major boon in Appalachian officials’ efforts to build on Shell’s investment and attract more of the petrochemical sector to the region. PTTGCA signed a preliminary agreement with Energy Storage Ventures LLC (ESV) in July to develop a critical underground NGL storage facility along the Ohio River in Monroe County, just eight miles away from the proposed cracker.