Quebec investors made a start Tuesday on filling a year-old gap left after Berkshire Hathaway Inc. walked away from the plan for French Canada to enter the global liquefied natural gas (LNG) market. 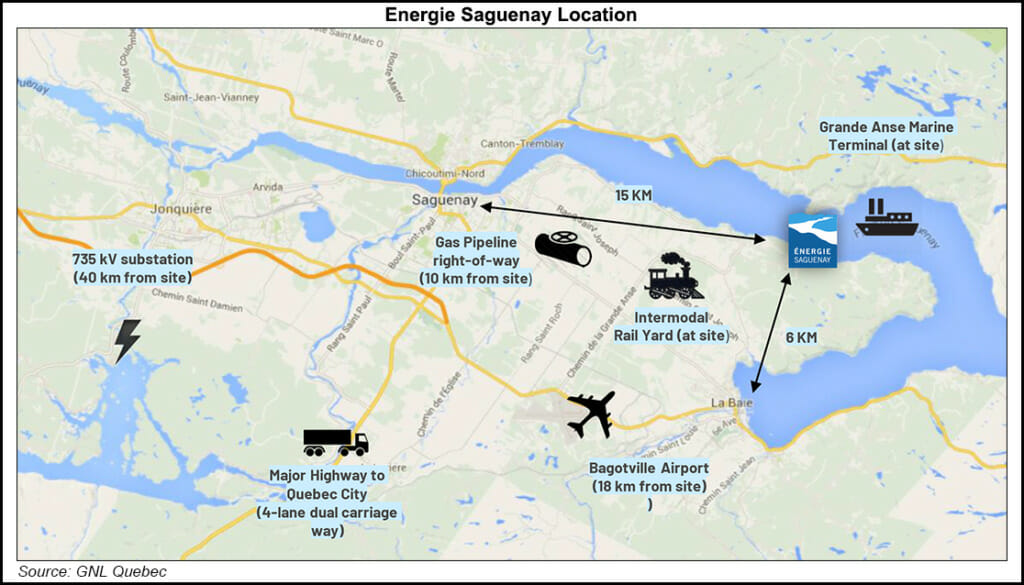 Cegerco President Jeannot Harvey and L. Fournier proprietor Jérémi Fournier described the commitment as a message to Canadian authorities and international business that the LNG project has community support, should be approved and deserves investment.

The project leaders continue to be a Delaware-incorporated partnership, Ruby River Capital, with former Bechtel executive Jim Illich and a pioneer Silicon Valley investor in Facebook, Jim Breyer, at the helm.

The Quebec Office of Public Hearings on the Environment is scheduled to report project review results this week to provincial Environment Minister Benoit Charette. Public release of the report is expected after two weeks of ministerial study.

The 1.8 Bcf/d Gazoduq pipeline is planned to feed the terminal. It would run 470 miles from Ontario to the plant, which would be east of Quebec City.