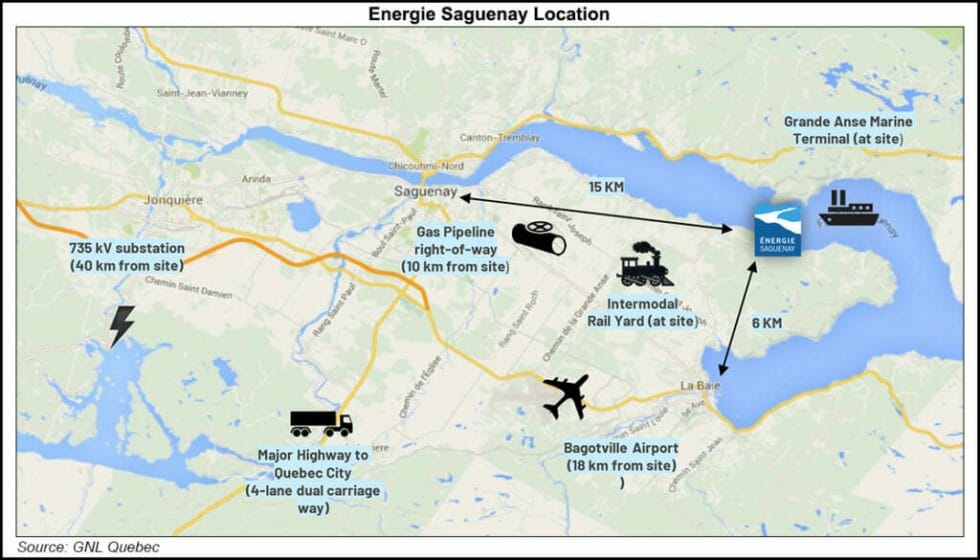 “Our fundamental vision has been to meet the world’s growing energy demand by building electrified, carbon-neutral infrastructure that will set new global benchmarks for the energy transition,” said Symbio President Jim Illich said.

The deal follows a recent report by Quebec’s Bureau d’audiences publiques sur l’environnement (BAPE). The 506-page document reviewed risks, rewards and controversies but made no recommendation for or against the LNG project.

“The ball is now in the promoter’s court,” Charette said. A final provincial government decision is expected this summer.

The new design and hardware agreement could make Energie Saguenay and Gazoduq “the lowest carbon-intensity LNG plant in the world,” according to Symbio. Siemens would provide a portfolio of greener solutions for rotating equipment, electrical and digital infrastructure. Also being explored are green hydrogen developments.

BAPE noted the LNG project’s economic gains include creating a customer for Quebec’s government-owned power company, Hydro Quebec. However, regulators said after a four-year construction period, most of the benefits would flow to natural gas producers in Alberta and British Columbia.

Heated debate during BAPE hearings ranged beyond greenhouse gas emissions. Public visions of a global energy transition to a net zero-carbon target escalated the Energie Saguenay-Gazoduq review into one of the hardest fought cases in BAPE history, said the assessment report.

Of 2,580 briefs filed at the hearings, 90% opposed the LNG project. The opposition has cited carbon emissions by Western Canadian production and overseas consumption that would be beyond Quebec control. All opposition parties in the Quebec legislature have sided with the fossil fuel foes.