Qatar’s state-owned oil and natural gas company has announced entry into the Canadian energy patch by picking up a 40% share in a suspended ExxonMobil Canada Ltd. drilling project 270 miles offshore of the Newfoundland capital, St. John’s. 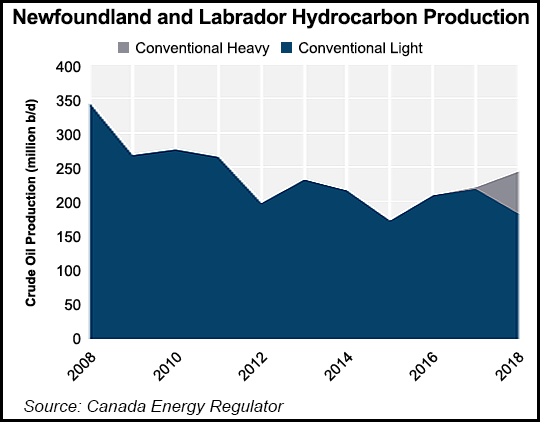 QatarEnergy, formerly Qatar Petroleum, described the deal as gaining a foothold in an established producing region by expanding commercial relations with a “strategic partner” in oil supply development.

“This builds on our strong partnership with ExxonMobil and is an important addition to our growing international exploration portfolio,” said QatarEnergy President Saad Sherida Al-Kaabi, who is also the country’s energy minister.

Qatar and ExxonMobil are partnering in, among other things, the Golden Pass liquefied natural gas export project on the Texas coast that is scheduled to ramp up in 2024.

No drilling schedule or cost forecast were announced for resuming the Newfoundland devleopment, which was halted last year during the Covid-19 pandemic. Qatar’s acquisition covers 40% of Hampden, the offshore exploration territory license. ExxonMobil Canada would retain the majority 60% interest.

The Canada-Newfoundland and Labrador Offshore Petroleum Board has approved the Qatar-Exxon transaction, as well as drilling on the Hampden property.

In Newfoundland, the partnership announcement was greeted as an encouraging sign that Canadian oil prospects still attract senior fixtures of the global industry and confirmation that sustained recovery has begun.

The Canadian firms embarked on a 10-year life extension project for the Terra Nova oil platform, 150 miles east of St. John’s, and work on reviving a half-completed C$3.2 billion ($2.6 billion) expansion of the nearby White Rose production site.