Qatar Petroleum (QP) has joined forces with other major liquefied natural gas (LNG) players to collaborate on the development of new vessel designs to transport the super-chilled fuel across the world. 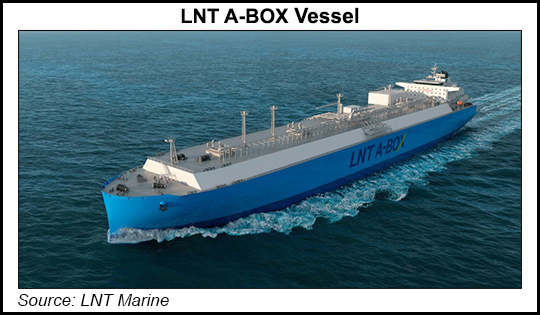 ExxonMobil, Royal Dutch Shell plc and Total SE joined with QP in signing an agreement to develop new medium and large LNG tankers with LNT Marine, the American Bureau of Shipping (ABS) and Shanghai Waigaoqiao Shipbuilding (SWS). ABS is a global provider of vessel classification and technical advisory services, while SWS is a subsidiary of China State Shipbuilding Corp.

The joint industry project is aimed at developing new LNG carrier designs that would utilize Singapore-based LNT Marine’s LNT A-BOX design. LNG vessels have unique cargo containment systems to maintain natural gas in its liquid state at minus 260 degrees F. According to QP, which has pioneered other vessels, LNG ship designs have “experienced few improvements over the past decades.”

Essentially, the LNG A-BOX design is geared toward commercializing a simple and efficient cargo containment system that could enable more shipyards to build LNG carriers at a reasonable cost. The design, according to LNT, is based on decades of experience from liquefied petroleum gas and LNG carriers but in a new configuration to meet rising shipping standards.

“With this signing, Qatar Petroleum reaffirms its commitment to the continuous improvement of the LNG industry by supporting new concepts and encouraging innovation in areas that benefit the industry as a whole, in a safe and economic manner,” said QP CEO Saad Sherida Al-Kaabi.

QP, long a dominant force in the global gas market, has made a series of announcements as it looks to solidify its role in the future of LNG. The company has sanctioned the $30 billion North Field East project, the largest LNG development in history. It also has 60% of global LNG shipbuilding capacity reserved through 2027 to ensure it can serve the North Field expansion.