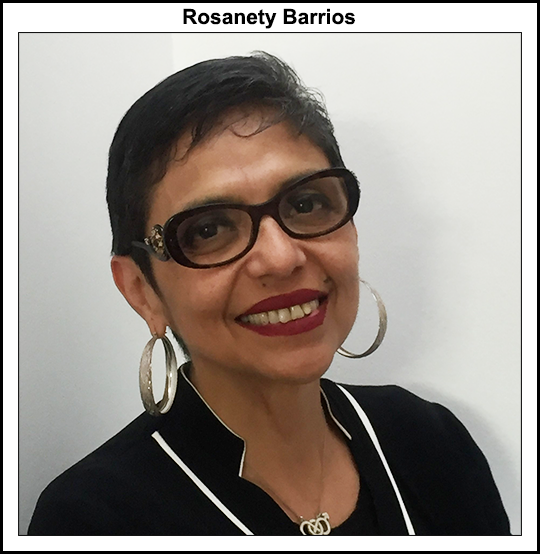 This second Q&A in the series is with Rosanety Barrios. Barrios is an independent energy analyst who worked as the head of the Industrial Transformation Policy Unit at the Mexican Energy Ministry during the previous administration helping to design the country’s energy reform enacted in 2013. While at the Energy Ministry, she specialized in the design and coordination of midstream policy and the development of the country’s natural gas, liquefied petroleum gas and oil products market. Previously, Barrios worked at the Energy Regulatory Commission (CRE) from 2000-2013, and she spent 13 years as a stock market analyst in several Mexican financial institutions.

NGI: Under what terms are companies currently buying and selling gas from state-owned PetrÃ³leos Mexicanos (Pemex) and others in Mexico?

Barrios: Pemex, fundamentally, works on monthly contracts. Most of its clients have monthly contracts. They have very few clients that have annual contracts. Daily contracts are purchased to resolve the current imbalances in the system. The ComisiÃ³n Federal de Electricidad (CFE) does have some industrial clients, though I’m not sure what will become of those contracts under the current administration. I don’t think CFE has signed any long-term contracts in terms of natural gas supply.

Barrios: We did two open seasons to auction capacity in international pipelines. In the first one, Pemex participated and auctioned off around 800 MMcf of capacity to the public. There was a set price. The industrial clients didn’t participate. The only company that did was BP plc, and they won around 200 MMcf/d of capacity. The only marketer that dared to buy capacity, was BP. After that, Pemex didn’t want to hold further public capacity auctions.

NGI: What types of companies are buying natural gas from independents?

NGI: Is there a goal to increase that market share among other companies?

Barrios: No, there’s not, and particularly not now with the new government. I hope that Cenagas understands the enormous opportunity it currently has. There has been a lot of talk in recent weeks about the possibility that CFE will transfer its natural gas pipelines to Cenagas. It’s not a bad idea, honestly. It could help CFE resolve the debt that it currently has because its financial balance is leveraged. Particularly if they are deciding that they don’t want to sell natural gas any more. For the former CEO of CFE EnergÃ­a, Guillermo Turrent, his objective was very clear: To be the most important marketer of natural gas in Mexico. But that is not the mission of the new administration. If the logic is that CFE no longer wants to be a marketer of natural gas, there is no reason to have so much capacity.

At the same time, the only way to get out of that problem and not default on the contracts, is to transfer them to another company that has the same type of corporate guarantees as CFE. Cenagas doesn’t have a credit rating or the same type of corporate guarantees. They could obtain one through a resolution with the CRE known as an association of costs, similar as they did with the Los Ramones project. If the transfer of natural gas pipelines to Cenagas is being considered, you would think they’d need to resolve the issue of the pipelines that haven’t entered into operation before doing so.

NGI: What are the top trading locations in Mexico, and are there opportunities for other energy hubs in the country?

Barrios: The points that have the necessary characteristics to be considered a hub are the ones that have infrastructure that permits the flow of natural gas from different routes. That is the first thing that you need to have. You also need very robust information systems that allow the world to know the operating conditions on a daily basis. The information needs to be very transparent. It is largely about the development of an advanced, sophisticated information system. You also need an extraordinarily advanced measurement system. Mexico isn’t there yet. In my opinion, Mexico was advancing very positively toward that.

At this time, what needs to be pursued is a revision of the five-year plan for Cenagas [which is underway]. A lot of qualified people have left Cenagas recently. It seems the vision of the new administration, unsurprisingly, is very different to the previous one. I’m not sure if the new administration understands the importance of Mexico having a robust natural gas market.

Market development isn’t at war with social policy. It’s the contrary. Natural gas is a motivator of economic growth. I don’t know how that it is being translated in the new administration within Cenagas.

To answer your question about a potential new hub, you have to look at the points with the most interconnected pipelines. The zone of Reynosa and Monterrey is clearly one. It’s where the largest amount of natural gas infrastructure connects in Mexico. The most important area for consumption of natural gas in Mexico is in the central part of the country. Central Mexico (known as El BajÃ­o) is the zone where various routes of natural gas connect, which makes it a natural trading hub. It was going to be one and could be one, but if the government strategy changes, it is unknown how those plans will evolve. If all the pipelines aren’t in operation, as they aren’t now, it is hard to proceed with plans for a hub.

Another possible location is Chihuahua in Encino. There is a large network of natural gas pipelines and natural gas distribution routes. In their five-year plan, Cenagas had announced that they would construct an interconnection with the natural gas pipeline of Fermaca at Encino. If that is done, you would have another clear point where a hub could be established.

Mexico is a market in construction. Hubs are determined by public policy. A hub is a result of sufficient infrastructure so that gas can flow in various directions. It also requires clear, advanced, transparent information to inform the market of where the gas is moving and who is moving it every day. Efficient information systems are required to create a hub. In Mexico, we’re not there yet.

NGI: Is a shortage of natural gas in Mexico a real threat?

Barrios: Of course. The shortage of natural gas is a result of falling national production and a lack of infrastructure to attend to the demand of imported natural gas. If natural gas production is falling, there have to be pipelines available to attend to the demand for imported natural gas. The imports from the U.S. are very cheap, and Mexico is the only country in the world that borders the southern U.S. states. There is so much gas in Texas, which is right next door! No one else in the world has that advantage.

It is fundamental that the compression station at Cempoala and the submarine pipeline is online by the summer. If not, there is the possibility of significant supply problems, in my opinion.

We just saw an electricity outage in CancÃºn in recent days. Cenagas says that the reason for the outage was a result of a fire in a transmission line. That makes sense because it was an overload (sobrecarga) on the transmission line because there is not sufficient generation capacity because there is no natural gas in the peninsula. If there is excess demand on the transmission line, the system overloads. That’s the threat, particularly in the YucatÃ¡n, which is the most isolated region. For that reason, the compression station at Cempoala and submarine natural gas pipelines are so important to have ready by the summer. They could solve the problem of possible shortages.

Another area where shortages are a risk is in the northwest, in the states of Sonora and Sinaloa. It is a complicated area. That is the region where several of the natural gas pipelines are out of operation. It is also the region that has the hottest temperatures in Mexico in the summer. The demand for electricity in the area is very high. If the natural gas pipelines continue to be out of operation, it will be very expensive to burn fuel oil to keep local plants operating, and there isn’t enough storage capacity in the area for the fuel oil. This could result in possible electricity outages in the short-term, which hasn’t been a problem for several years in Mexico.

NGI: In your opinion, what are the most pressing issues in the Mexican natural gas industry?

Barrios: No. 1 is that Cenagas resolves its issue with the renewal of existing natural gas pipeline contracts that are set to expire in July. Two is that Cenagas refines its five-year plan to define how it will proceed during the new administration and how it will resolve the issue of the pipelines that are out of operation. No. 3 is that Mexico really begins to operate like an open market, which is tied to solving the issues with the natural gas pipelines currently stalled. The CFE also must define what it wants to do with the capacity that is currently has. They do have excessive capacity, so deciding what to do with it needs to be decided as soon as possible.