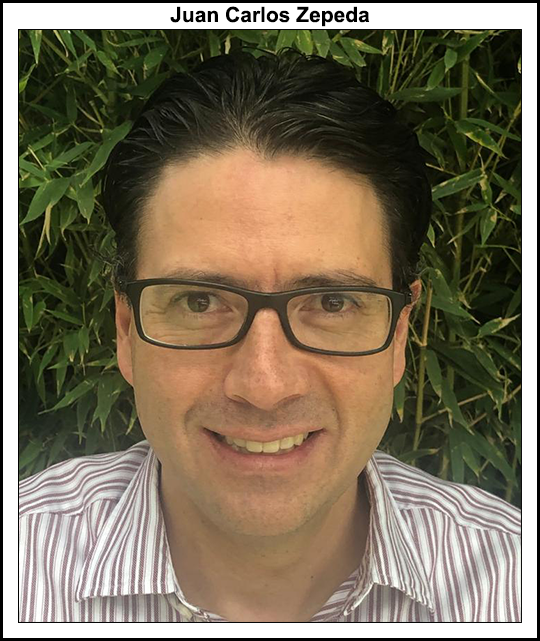 This 31st Q&A in the series is with Juan Carlos Zepeda, an energy consultant and expert based in Mexico City.

Zepeda, one of the most prominent figures in the Mexican energy industry for almost a decade, was the President Commissioner at the National Hydrocarbons Commission (CNH) from 2009-2018, where he oversaw the country’s first ever oil and natural gas field auctions for private companies following the 2013 energy reform. The auctions welcomed dozens of international companies to develop hydrocarbons in the country for the first time in more than 75 years, and generated billions of dollars in investment.

Prior to his time at the CNH, Zepeda was the Director General of Hydrocarbons at the Energy Ministry (Sener) from 2007-2009, the Vice President of Operations at the National Commission for the Pension System from 2003-2006, and Tax Policy and Energy Sector Advisor at the Finance Ministry from 2000-2002.

NGI: You recently completed a study that examines the relationship between the price of natural gas and the price of WTI crude. Can you give us a recap of what you found in your analysis?

Zepeda: Let me start with what I believe is a general understanding of the natural gas industry in North America. As a general understanding, we all know that as a consequence of the development of the shale basins in North America, we have seen a huge increase in associated gas production as a result of shale oil production. As a result of the boom in shale oil production, tremendous volumes of associated natural gas have been produced.

Many different analysts around the globe, and especially here in North America, are expecting natural gas prices to increase as a consequence of the drop in production that we are observing currently in the market. Now that shale oil production is declining as a result in the sharp drop in prices, we should expect that the prices of natural gas will come back. That is basic intuition.

My contribution here is to provide an estimation of how much we could expect prices of natural gas to increase as a consequence in the drop in production. In my study, I make an econometric estimation.

So, if many people are expecting natural gas prices to increase: How much could these prices increase? My effort is to make an econometric assessment of this possible increment in prices.

NGI: And how much do you forecast natural gas prices to increase?

Zepeda: I used what is known as a vector autoregression model, which considers different variables, such as production, prices, industrial production, and temperature as a proxy for natural gas demand for cold and warm days.

What the model captures is the relationship and dynamics of prices and quantity for a certain period that I studied, which was from 2006 to March 2020. The production numbers that I am using in the model are from associated natural gas output at the U.S. major shale oil formations. I am taking the production of the associated natural gas coming from the Permian and all the big unconventional plays in the U.S., which I sourced from the Energy Information Administration (EIA).

Also, the reason I am using 2006 as a start date for this study is because the shale revolution, which started in 2006, altered the relationship between WTI and associated natural gas. Prior to 2006, the two indexes moved almost together. Following the boom in shale production, that relationship changed and natural gas prices can no longer be explained by WTI. This is a unique phenomenon associated with the U.S. and forecasting Henry Hub became far more challenging following the shale revolution.

What the model reveals is that, if we look at the temporal inter-dynamics from 2006 to now, we can see that there is a negative relationship between production and prices. We knew that and the industry understands that shale oil production resulted in very low natural gas prices.

But what if a shock to the market was introduced? As an example, let’s say there was a 1% increase in associated natural gas production, after a six month period, what the model tells you is that then you will see a reduction in the Henry Hub price of approximately 2.75%.

So, the dynamic of a shock that increases production by 1% should reduce Henry Hub prices by around 2.75% after six months. That is the conclusion of this model using the statistical points that I mentioned.

NGI: Your analysis also includes how much associated natural gas production at U.S. shale formations will decline. What were your findings there?

Zepeda: The driver for associated natural gas is shale oil. So how much will shale production decrease? Analysts and companies have forecast reductions of around 2 to 3 million barrels per day. The study contemplates a scenario where prices remain in the range where they are now and there is a reduction of 3 million barrels per day of shale oil, and how that impacts the output of associated natural gas.

Considering the variables included in the study, the model shows that associated natural gas could decrease approximately 15%, and consequently the prices of Henry Hub could increase 45% as a result of the reduction in shale oil production and prices.

So, what I am expecting as a result of this new oil industry scenario in which we are observing a significant reduction in shale oil production of some 3 million daily barrels, then, as a consequence of that, we should see an increase in the Henry Hub prices of approximately 45%.

If Henry Hub is around $1.90/MMBtu right now, then we should expect natural gas prices to increase to somewhere around $2.80/MMBtu. According to this study, this could be expected in the next six months.

NGI: If that price increase is to occur at Henry Hub, how would that impact Mexico?

Zepeda: If Henry Hub prices were to increase to $2.80/MMBtu, I looked at how much that would impact the natural gas price in a basin such as Burgos, in northern Mexico. The transportation price to move gas from Henry Hub to the Burgos basin is a cost of approximately $0.60. That will put the natural gas price in Mexico at the Burgos basin at $3.40.

My argument is the following: If prices rally to $3.40 or so, then production of conventional non associated gas in the Burgos basin would be profitable again.

So, if the Henry Hub prices recover in the next six months, on the basis of this study, Mexico could see prices around $3.40 by early next year. At that price, Mexico could reactivate or relaunch development in the Burgos basin together with other conventional non-associated gas basins in Mexico, such as Veracruz and Sabinas-Burro-Picachos in north of Mexico.

My recommendation is that Mexico prepare for this and to consider non-associated natural gas development again.

NGI: To return to the Burgos to develop fields, would that require a new auction, or would it be ventures with Pemex? What does reactivation of the Burgos field look like?

Zepeda: My recommendation is to open for farmouts to create joint ventures with our state-owned enterprises together with private companies. I’m not talking about just Pemex, but also the CFE. Why the CFE? Because for the CFE, natural gas is the main input for producing electricity. For Pemex, natural gas is not as important than it is for the CFE.

I think it would be very important for the CFE to take part in these farmouts, even though they don’t produce or develop natural gas, because it is part of the international trend to vertically integrate natural gas production with electricity generators. Many oil and natural gas producers are doing this within the industry. A couple of examples are the French company, Total, and the Anglo-Dutch company, Shell.

The future for those major oil companies is to integrate vertically into the electricity sector. I think Mexico’s state-owned enterprise, CFE, should do the same. If it paired with private companies, with the financial capital and expertise, I think farmouts for conventional development of natural gas could be a feasible option.

NGI: Since you left your position at the CNH, a lot has changed in the Mexican energy industry. What is your opinion on the current state of the industry and the changes in the last year and a half?

The way I see it is that we have started to see the positive results of the contracts that were signed in the previous administration. I also hope that farmouts will begin to be used more to continue to support national production. We didn’t launch as many farmouts as we would have liked in the previous administration, so I would like to see more farmouts to bring capital injections to the projects and the areas awarded to Pemex.

NGI: In your opinion, and in the eyes of international investors, do you think Mexico is still seen as attractive and favorably as it was previously, or do you think that has changed?

Zepeda: I think the international industry is still looking at Mexico as a place with very important potential for the development and production of hydrocarbons. I believe the interest from the international industry is still there, and that it is in the hands of the new administration to figure out the way to develop new types of bidding rounds, or other strategies to determine how they want to increase production, either through farmouts or other alternatives.

Mexico is a very prolific opportunity for energy development. The institutions and the legal framework are still there. The interest is still there, and I just think that the new administration needs to define the way they want to keep moving forward, and how much private investment they want to bring to the sector.