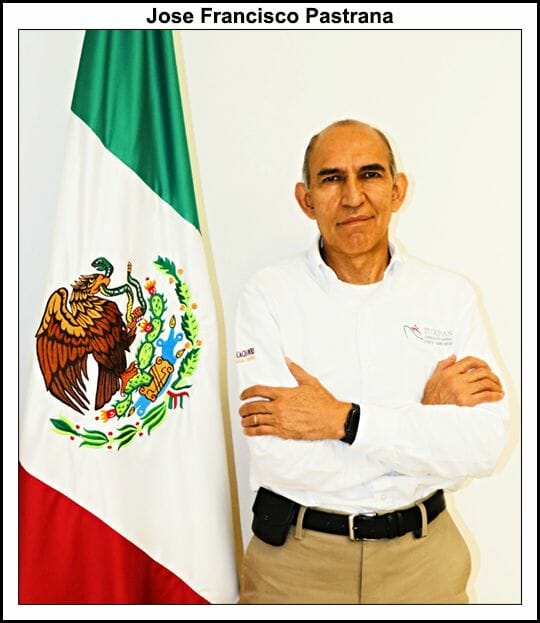 This 35th Q&A in the series is with José Francisco Pastrana, General Director of the Port of Tuxpan in Veracruz state.

In April, Pastrana was appointed to be the General Director of the Tuxpan port, which is quickly becoming one of the most important fuel transport hubs in the Mexican energy industry.

Prior to his appointment, Pastrana served as the CFO and Director of Port Operations at the Transportation and Communications Secretariat (SCT) from 1996-2018.

NGI spoke to Pastrana to get a sense of how the coronavirus is impacting the port and energy trade and storage in Mexico.

NGI: What is the current situation at the Tuxpan port and how have the coronavirus,  government restrictions, and the economic slowdown affected operations at the port?

Pastrana: I arrived in my position a few months ago and have worked with the ports in the Transportation and Communications Secretariat for many years. One thing that is unchanged at the port is that it continues to operate during this period of contingency.

The Tuxpan port is very dynamic. As we know, in the past year, the Mexican economy has slowed down, almost to the point of no – or even negative – growth. But the port on the other hand, saw dynamic growth in 2019. The amount of total cargo at the port in 2019 was 16.2 million tons, which was a 12% gain in terms of cargo from a year earlier. What that demonstrates is that, at a time that the national economy is slowing down, the Tuxpan port continues to be very dynamic in terms of growth, and it continues to be of significant importance for Mexico with regard to fuel and oil-based products.

In the Gulf of Mexico, ports play different roles. There are those that take on crude shipments, such as Cayo Arcas or Dos Bocas. And there are other fuel ports similar to Tuxpan, such as Coatzacoalcos, that receive predominantly fuel and oil-based products and liquid petroleum gas.

Almost a third of the fuel and oil products that come into the country enter at Tuxpan. This represents just how important the Tuxpan port is to the economy of the country, and how important it is to fuel supply.

I think this is largely due to the fact that Tuxpan has such a strong, strategic geographic location. The port is close in proximity to Mexico City, which is the motor of the Mexican economy, and it is only about 285 kilometers from port to city. As the port grows, there is increased connectivity between Tuxpan and Mexico City, which gives the port an important competitive advantage. For that reason, so many companies have decided to invest in the port.

NGI: You mentioned investment in the port and new projects. Is this ongoing with the coronavirus?

Pastrana: There are seven projects that are being developed at the Tuxpan port by various companies.

The Compañía Terminal de Tuxpan has a capacity for 1.3 million barrels of fuel and oil products and was expected to begin operations in the second quarter of this year, but with the pandemic, some of the work at the port has slowed. Even though the ports never stop operating and are considered of essential importance to the government, with all the protective measures in place, work is taking place at a slower pace. If you take a walk around the port, you will see that it is full of activity, such as ships and trucks, because activity at the ports simply cannot stop. But things are operating slower as a result of the contingency measures.

I assume that most if not all of the projects at the port will have some sort of delay, which seems entirely logical given the economic slowdown across the globe.

We also have a slowdown at the Tuxpan Port Terminal, or TPT, project, which is being developed by the company Monterra, along with others.

The TPT project initially had projected the management of shipping containers. If you do a tour of the terminal, there is a large portico and it is clear that a large-scale investment is underway. It is a terminal that is almost entirely automated.

That said, the terminal hasn’t advanced in its development as the companies or the port expected. Along with [midstream company] Monterra Energy, TPT is now going to have a total investment of around 3.3 billion pesos [$148 million] and will focus on refined fuels and is set to be able to take in capacity of 3.2 million barrels. It is a particularly important investment and amount of capacity.

To have an idea of what that means for the entire Tuxpan port, currently, refined fuels capacity is around 2.1 million barrels. When all of these projects are complete, capacity at the port will reach a bit more than 10 million barrels.

NGI: Many argue a major issue for Mexico’s energy sector, both natural gas and oil, is a lack of storage. Are we seeing this being addressed at the Tuxpan port?

Pastrana: Yes, definitely. Particularly in terms of fuel storage. Of the seven projects that are under development here, the main objective is to increase fuel storage capacity. This is fundamental to improve the overall profile of the Tuxpan port, and to make it a logistical center of importance for the fuel supply of the country.

While the port serves as a terminal for receiving ships and unloading their contents for distribution, it also has to have dynamic synchronicity so that, once the fuel products are moved to trucks, they flow as a caravan to their destination. This is equally important when considering pipelines, and the importance of efficient transport of fluids from ship to pipeline.

Currently, Mexico has around 2-3 days of fuel storage capacity, such as gasoline, diesel and jet fuel. The country is in the process of trying to increase that capacity to 4 or 6 or 10 days. State oil company Pemex, at the same time, is trying to increase its storage capacity, as well as bolster its logistic options when sending products to their consumption centers.

The objective is to eliminate any bottlenecks in distribution, and to increase storage enough to avoid any potential scarcity or lack of supply in the event of an emergency or unexpected event.