Despite the anti-competitive atmosphere that has pervaded the government of Mexico President Andrés Manuel López Obrador, private sector upstream operators that jumped at the chance to enter the country as part of its energy reform continue to show results and tout the potential of Mexico’s oil and gas resources. 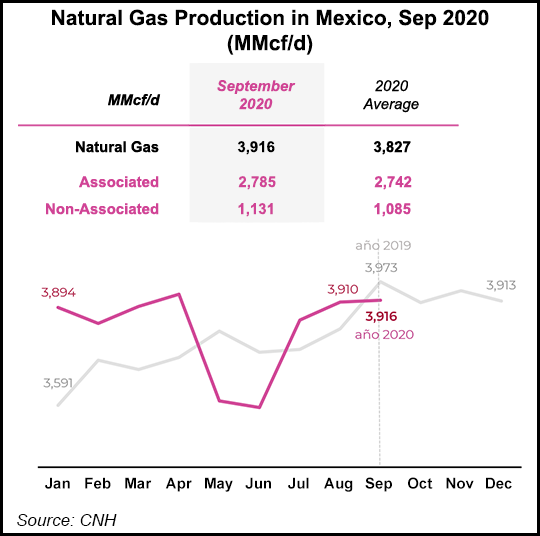 Last week during a conference call with investors, Royal Dutch Shell plc CEO Ben van Beurden said Mexico is one of the “promising areas we have in deepwater,” where the focus is on “delivering growth that will offset some of the decline that we will have in other areas.”

Shell is set to invest an initial $33 million in the project.

“Mexico is, of course, one of these areas that has to prove itself,” van Beurden said. “If it does, then the Mexican part of the Gulf of Mexico we hope we can count as one of the core areas going forward. The program that is on track. We are in the process of drilling our first wells. When exactly we have results, you will have to be a little bit more patient on that, I’m afraid…”

The Burgos is an extension of Eagle Ford Shale in South Texas.

Earlier this year, Mexico’s Jaguar Exploración y Producción CEO Warren Levy said natural gas in the Burgos was a promising investment opportunity in Mexico, even given current demand and regulatory uncertainty. Jaguar has acreage in the basin. Levy said new Burgos approvals by CNH “will allow Jaguar to continue moving forward with our exploration and development plans.”

“High levels of production” in the Eagle Ford “could indicate similar production levels in the Burgos Basin region,” the U.S. Energy Information Administration said in 2017.

Newpek won the rights to explore the area as part of the 2017 series of rounds for oil and gas companies.

The government has since suspended these rounds, but the 111 contracts awarded to private sector firms remain intact and López Obrador has said he will respect them. Shell won nine deepwater contracts during the oil and gas bid rounds that were part of Mexico’s 2013-2014 energy reform.

CNH reported September oil and gas production in Mexico of 1.64 million b/d, of which 57,000 b/d was attributed to private sector operators. In natural gas, production in September was 3.92 Bcf/d. About 226 MMcf/d, or 6% of the total, came from private firms.

Private sector upstream group Amexhi says over $40 billion has been committed to Mexico, with $16 billion of private capital already invested in the nation.