Houston-based Primus Green Energy Inc. is finally moving forward with plans to develop a small-scale gas-to-liquids (GTL) facility in West Virginia after partnering with an international engineering, procurement and construction firm to improve the project’s economics.

The facility, which is planned to be at the site of Covestro AG’s chemical production facility in New Martinsville, was initially slated to begin operations in 4Q2017. Service was later delayed until 2018, but Primus said this month operations would now start in 2020, thanks partly to a partnership with Jereh Oil and Gas Engineering Corp.

“Primus has long envisioned development of a methanol plant in the Marcellus region, but it is our relationship with Jereh and other strategic partners that has resulted in substantially improved economics and will allow us to move the project forward,” said Primus CEO Steven Murray. “With gas supply and methanol offtake agreements from an integrated oil and gas company, assistance from Sumitomo Mitsui Banking Corp. to arrange project debt financing, and design work by Koch Modular Process Systems, the project economics are very strong.”

Similar small-scale GTL facilities, which have smaller and more efficient equipment, have been announced for the Appalachian Basin, but none have entered service. The modular plants are said to be deployed more easily, making them a cost-effective alternative to larger refinery-sized plants.

Primus said the modular units would be fabricated off site by Jereh and Koch Modular, then be transported to the project location for final assembly. The company has developed a technology for converting various feedstocks, including wellhead and pipeline natural gas, natural gas liquids and synthesis gas, into methanol, gasoline and diluent.

The facility would produce about 160 metric tons (mt) a day of methanol, using as little as 6 MMcf/d of feed gas. The technology has been tested at a scale plant in Hillsborough, NJ.

The facility would be the second of its kind to enter operations if it starts up as planned in 2020. US Methanol Corp. broke ground last year on a similar methanol plant that would use Marcellus Shale gas. That plant is being built in Institute near Charleston, where Dow Chemical Co. has a facility.

Methanol is used in a wide-array of products including antifreeze and solvents. It’s also an important product for the petrochemical industry, which is expected to grow in Appalachia once ethylene and polyethylene production begins at ethane crackers that have been proposed or are under construction in the region. 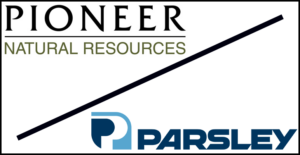 Dallas-based Permian Basin pure-play Pioneer Natural Resources Co. agreed late Tuesday to join forces with competitor Parsley Energy Inc. in an all-stock deal valued at $7.6 billion including debt. The combined company would hold substantial sway in the Permian, with an estimated 930,000 net acres with no federal leases. At the end of June, the…