Back when the developers of Freeport LNG were buying liquefied natural gas (LNG) to commission capacity at their regasification facility in Brazoria County, TX, they were buying “$20-plus LNG in a $10 gas market,” Freeport CFO Hugh Urbantke told a Houston audience Tuesday.

The thought of liquefying U.S. gas for export to higher-priced markets crossed their minds, “but we didn’t believe the U.S. gas price relative to the global gas price was going to stay this way forever,” Urbantke remembered. A short-term (five-year) liquefaction solution was considered, but high capital costs made such a move a non-starter. Further, “nobody really wanted to go to Washington and ask for an export license in 2008…” he said.

However, shale gas has changed the world, and the United States has more natural gas on its energy plate that it can handle. “It’s a huge resource base…far, far in excess of anything the U.S. could use, even on the most aggressive U.S. natural gas plans…”

A little more than a year ago Freeport LNG and Macquarie Energy said they would develop export capability on the site of Freeport’s existing import terminal in Texas. Macquarie Energy is the North American energy marketing and trading arm of Australia’s Macquarie Group (see Daily GPI, Nov. 23, 2010).

Freeport isn’t the only dog in the LNG export race. Cheniere Energy’s Sabine Pass Liquefaction unit has just signed its third contract for liquefaction capacity at its project at an existing import terminal in Cameron Parish, LA (see Daily GPI, Dec. 13). Not to be overlooked are multiple plans to export LNG from Western Canada (see Daily GPI, Dec. 6).

Urbantke told participants in law firm King & Spalding’s “Energy Forum: New Frontiers in LNG Exports” that there is a “singular difference” between the opportunities for liquefying and exporting U.S. gas and the typical liquefaction project elsewhere in the world. Typically, liquefaction projects are driven by the holders of the gas resources themselves. For them, the cost of liquefaction is a hurdle to surmount in order to get their gas to market.

In the United States, the upstream gas field development has been done by other parties — at significant cost — making the relative cost of liquefaction “a rounding error” in the larger context, Urbantke said.

As a liquefaction operator, Freeport LNG would be a service provider to its customers, just as it is for regasification, he said. “We’re not buying gas; we’re not selling LNG.” Long-term agreements would provide enough in reservation fees to cover project costs, debt and throw off some profit, while Freeport needs to stand ready to liquefy gas when its customers ask.

Freeport is designing and seeking permitting for three LNG trains but initially proceeding with two, Urbantke said. For the first two trains it is unlikely that additional pipeline infrastructure upstream of the liquefaction facility would be required. “The feed gas is not our problem; it’s our customers’ problem,” he said.

One of the project’s larger variable costs would be electricity, and Urbantke said contracting will lay the risk of volatile power prices off on customers.

For those who worry that exporting domestic gas will raise prices for U.S. consumers, Urbantke said there is nothing to fear. Research has shown that exports would not have “a material impact on the cost of gas, even with a fairly large amount of exports,” he said. And when one moves away from Texas-Louisiana, the impact of exports on prices is diminished, he said, so there would be even less upward pressure on prices in the Northeast market area than in the Gulf Coast. 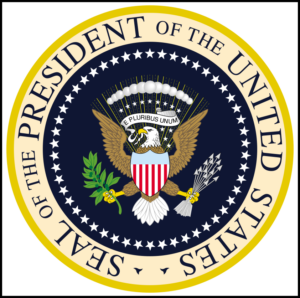