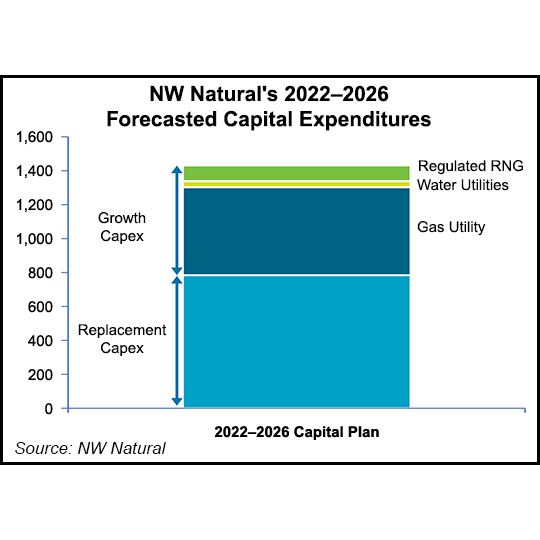 In January, the company started operations at an RNG facility in Lexington, Nebraska in conjunction with Tyson Foods Inc. and BioCarbN. Construction on a second facility has begun with commissioning slated for early 2023.

“NW Natural is the first local gas distribution utility in the continental United States to invest in and own an RNG facility on behalf of all its sales customers,” CEO David Anderson said in an earnings call.

NW Natural has said it would invest up to $38 million in four separate RNG development projects in an agreement with meat processing giant Tyson. The Nebraska project produces biomethane from a Tyson wastewater treatment unit.

NW Natural provides natural gas service to about 2.5 million people via 780,000-plus meters in Oregon and Southwest Washington.

The utility is following the lead of Oregon’s Senate Bill 98, which supports utilities to pursue increased production and use of renewable natural gas. To date, NW Natural has signed agreements with options to purchase or develop RNG totaling about 3% of the utility’s current annual sales volume in Oregon.

Anderson said the company is “going to do all we can to decarbonize as much of our products as we can under Senate Bill 98, and that… could be through investments or it could be through just direct purchases, whatever is in the best interest of our customers.”

In March, the utility also “interconnected an RNG facility in Eugene, Oregon to our system,” Anderson said.

The company is also developing a hydrogen strategy, with a hydrogen blending program underway at its Sherwin facility in Oregon. The company is testing a 5% hydrogen blend in numerous applications, including furnaces, water heaters and fireplaces. Executives said the idea is to increase the blend to a round the clock operation with a ramp up to a 15% blend this year.

Net income was $56 million ($1.80/share) in the first quarter, compared to income of $59.5 million ($1.94) in the same period last year. Results were boosted by customer growth and higher rates in Washington, and offset by higher operations and maintenance expenses and depreciation and general taxes.