No matter who becomes the U.S. president, midstream executives are optimistic about the upcoming year given the improved price outlook for natural gas and the level of activity that has been spurred by producer customers, particularly in the Haynesville Shale. 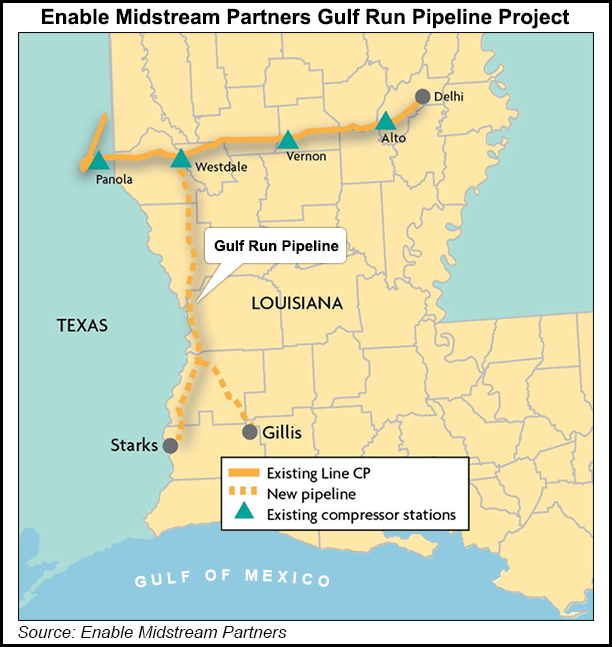 Speaking early Tuesday on the third quarter earnings call, Plains All American LP CEO Willie Chiang said the company recognizes that a potential change in the administration could “create headwinds” for the industry. “However, it could also bring benefits, particularly for those with pipe in the ground.”

“Alternative sources of energy will continue to grow and will be an important addition to meeting global energy needs,” Chiang said, “but we also firmly believe that hydrocarbons will be needed for decades and will remain an integral part of global energy supply.”

Furthermore, global demand recovery “is a question of when and not if” which, over time, should drive a return of constructive oil price levels, sustainable North American production and higher production levels in key onshore basins. The Permian Basin is expected to lead the recovery, he said,, and North America should continue to be the “short-cycle solution” to meeting the world’s supply needs.

“We certainly understand the longer-term transition to lower carbon energy, and we believe that ultimate global population growth and improvement of quality-of-life standards will drive the need for all energy sources, including conservation and efficiency,” Chiang said. “Any energy transition will be underpinned by significant allocation to hydrocarbons, including oil for multiple decades.”

That said, the Houston-based midstream company expects oil prices to average $40-45/bbl next year. Permian production is expected to be largely flat to estimates for the fourth quarter of 2020. There may be “some growth,” but most would be based on the timing of completions, according to Executive Vice President (EVP) Jeremy Goeble, who oversees the Commercial operations.

Meanwhile, the recent wave of mergers and acquisitions that has taken place in the upstream sector could yield some “disproportionate” allocation to the Permian away from other basins. “We’re seeing that with some of our customers, which could yield the incremental cash flow,” Goebel said.

Plains has around 20% of dedicated Permian acreage on federal lands, but Chiang said the volumes currently flowing on its systems are expected to continue into the future. The CEO pointed out the “pretty healthy” inventory of drilling permits that producers have accumulated.

Goebel said producers “feel comfortable” in their leasing contracts with the federal government to develop those assets, with “multi-year inventory, with options to extend.” While there is a base-case view that there could be a delayed permitting process, “with multi-year inventories of drilling ahead of them, they can plan for that in advance.

“The view of everything stops immediately on Day One — that doesn’t make a lot of sense,” Goebel said.

The executive noted that depending on how far the pendulum swings, Plains could benefit in different ways. “This is not linear” and only an issue in New Mexico. “This could impact the Williston Basin and push barrels to our systems in other places. You have to look at this more across the entire regulatory environment. It is not a binary switch.”

As for the other producing areas of the Lower 48, declines accelerated during the second quarter but are now stabilizing, according to the EVP. Plains expects some wells may be drilled but uncompleted (DUC) until demand returns and the market gets “back to a more favorable pricing environment.”

Regardless, Plains is “well positioned to manage through the current environment, and benefit as demand recovers over time,” Chiang said. For now, though, the company is “firmly in efficiency mode.” It plans to continue evaluating noncore asset sales as a means of “pruning and simplification” to become more efficient, with a $600 million asset sales target for 2021.

“When you think about our footprint and the flexibility that it has, we’re continuing to push on optimization,” Chiang said. He added that Plains is finding different ways to “generate value versus just running more volumes on new lines.”

The management team for Enable Midstream Partners LP also struck an optimistic tone for next year, with higher natural gas prices and a key federal assessment for a major project in hand as it turns the page on 2020.

Although the company reported lower natural gas gathered and processed volumes year/year during the third quarter of 2020, CEO Rod Sailor told investors during the third quarter earnings call Tuesday that all the previously curtailed output from its producer customers has come back online. Furthermore, with the New York Mercantile Exchange gas strip sporting a $3.00/MMBtu handle for the better part of 2021, he has been “encouraged” by the level of activity so far.

Enable’s producer customers have around 100 DUCs behind the Anadarko Basin system and around 75 DUCs behind the Williston system, an inventory of wells to complete without investing additional drilling capital, Sailor said.

Oklahoma City-based Enable currently has six rigs running across its footprint that it expects to continue running, though management stopped short of projecting how volumes would shape up next year. “We’ll wait to see how producers evolve and complete their budgets for next year,” Sailor said.

Meanwhile, the midstreamer received a favorable environmental assessment from FERC last month for the Gulf Run pipeline project. As proposed, the project would move up to 2.75 Bcf/d from northern Louisiana to the Gulf Coast to supply liquefied natural gas (LNG) export projects. Golden Pass LNG has committed to receive 1.1 Bcf/d for 20 years.

However, the export terminal last week asked the Federal Energy Regulatory Commission for more time to place the facilities into service, citing delays in key federal approvals.* Under the revised timeline, if approved, the first production unit would enter service no later than the end of September 2025. Golden Pass has indicated it still expects Train 1 to enter service in 2024. Train 2 would follow six to eight months later, and Train 3 would follow six to eight months after Train 2.

Enable continues to have “a number of discussions” in securing contracts for the remaining Gulf Run capacity, but given the current environment, “those discussions have been somewhat muted,” Sailor said. Capital spending would be determined once the scope of the project is finalized.

*Clarification: An earlier version of this story incorrectly stated Golden Pass LNG asked FERC for more time to place the facilities into service. Golden Pass still expects to begin service in 2024; the timeline in the company’s FERC filing reflected the expectation that Train 1 would start up by Sept. 30, 2025.