A subsidiary of Plains All American Pipeline LP (PAA) said it is proceeding with constructing the Cactus II Pipeline in West Texas, connecting the Permian Basin to the Corpus Christi area in South Texas after receiving sufficient binding commitments on its initial open season for the oil pipeline. 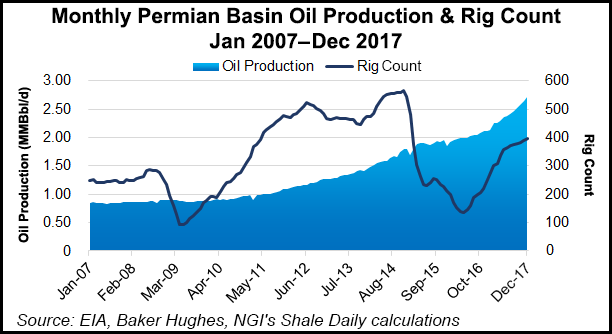 The Houston-based partnership on Monday added that it has received sufficient customer interest to conduct a second binding open season through Feb. 21 related to Cactus II to add 585,000 b/d of takeaway capacity from the Permian.

PAA said permitting, right-of-way and procurement activities are underway for Cactus II. The partnership said it hopes to enter the pipeline into service in 3Q2019, after receiving the necessary permits and regulatory approvals. In announcing the second open season, PAA said origin points will be at Orla, Wink South, Midland, Crane and McCamey.

“This open season provides an opportunity for additional shippers to enter into transportation services agreements that provide for long-term crude oil transportation on Cactus II Pipeline,” PAA said. “Based on market demand, this second open season will include additional committed tariff rate structures, but is otherwise consistent with the terms of the first open season.”

One year ago, PAA said it was expanding capacity of its Cactus Pipeline from McCamey to Gardendale, TX, to 390,000 b/d. In November 2014, the partnership announced plans to add more pumps to booster stations along the pipeline route, thereby increasing the pipeline’s capacity from 250,000 b/d to 330,000 b/d.