PJM Interconnection said Monday that it would immediately begin a process to analyze long-term fuel security as part of an ongoing effort to ensure that the nation’s largest grid remains reliable and resilient to the broader changes underway in wholesale power markets. 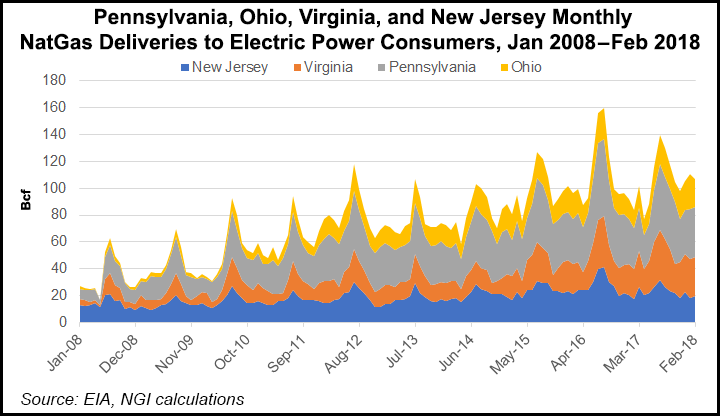 The announcement follows a report released by the grid operator last year that found its system is not becoming too reliant on natural gas and renewable resources, even as more baseload coal-fired facilities retire and nuclear plants are threatened by low-cost natural gas. But the report also acknowledged that “heavy reliance on one resource type” poses risks and suggested, for example, that the potential of increased dependency on pipelines warrants further study.

Since the study was released, PJM has been working with its stakeholders. To address concerns about supply and delivery to critical generators, PJM said it would develop criteria to better value and price fuel security. Those criteria, the grid operator said, could then be incorporated into its existing market mechanisms to promote competition among different resource types to meet fuel security needs in a particular location. Reforms could possibly be in place for next year’s capacity auction.

“Competitive markets remain the best mechanism to maintain a reliable and fuel secure system at the lowest reasonable cost to customers,” PJM CEO Andrew Ott said. “We have the ability to identify risks to the system and to put a value on resources that offset that risk.”

The process would involve identifying system vulnerabilities and determining attributes, such as on-site fuel requirements or dual-fuel capacity, that ensure peak demands can be met during extreme scenarios; then modeling those vulnerabilities in PJM’s capacity market to better determine a proper value for fuel security; and ongoing communication with federal and state regulators.

Last year’s analysis and Monday’s announcement, reflect a changing resource mix in the PJM market given environmental regulations, an abundance of cheap natural gas and the increasing penetration of renewable resources that have all combined to put pressure on coal- and nuclear-powered generating units.

PJM Serves 65 million people in all or parts of 13 states, including shale-rich Ohio, Pennsylvania and West Virginia, along with the District of Columbia. The grid operator said it expects to complete the fuel security analysis within the next six months, at which point the findings are to be shared with stakeholders and regulators.