Peoples Natural Gas has struck a deal to acquire Delta Natural Gas of Winchester, KY, which serves 36,000 customers in central and southeastern Kentucky. 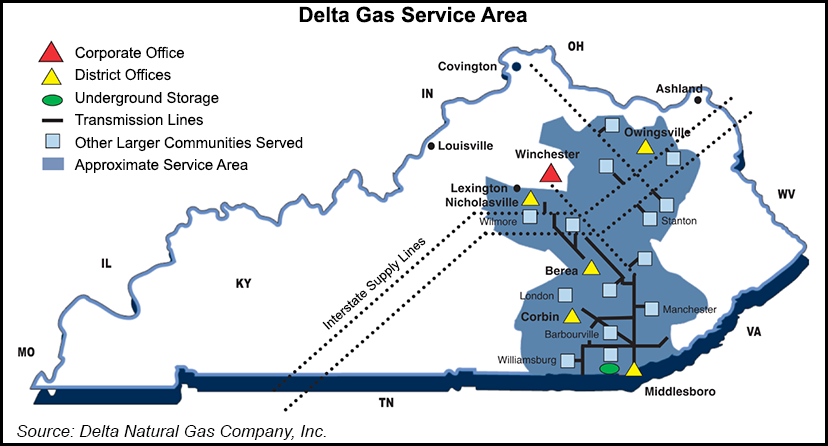 “Peoples started serving customers in 10 eastern Kentucky counties in late 2013,” said Peoples CEO Morgan O’Brien. “We quickly learned that Kentucky is a good place to do business and there are strong growth opportunities in this region.”

Delta will become wholly-owned subsidiary of PNG Companies LLC, the parent of Peoples, and will continue to be regulated by the Kentucky Public Service Commission. PNG Companies made commitments to Delta customers and employees as part of the agreement. Existing employees are planned to continue with Delta after the merger. Peoples said it plans to increase Delta’s investments in infrastructure improvement projects and grow the Delta business over time. Delta customer rates will not be affected by the transaction, according to the companies. Following the close of the transaction, one member of Delta’s board of directors will be an independent representative of Delta constituent interests.

The transaction, expected to close by the end of this year, is subject to customary conditions, including the approval of Delta shareholders, the approval of the Kentucky Public Service Commission and federal antitrust clearance.

Peoples is the largest natural gas distribution company in Pennsylvania. It serves 700,000 homes and businesses in western Pennsylvania, West Virginia and Kentucky.