Pioneer Natural Resources Co. is pursuing the divestment of its Barnett Shale properties in order to focus on more lucrative plays. 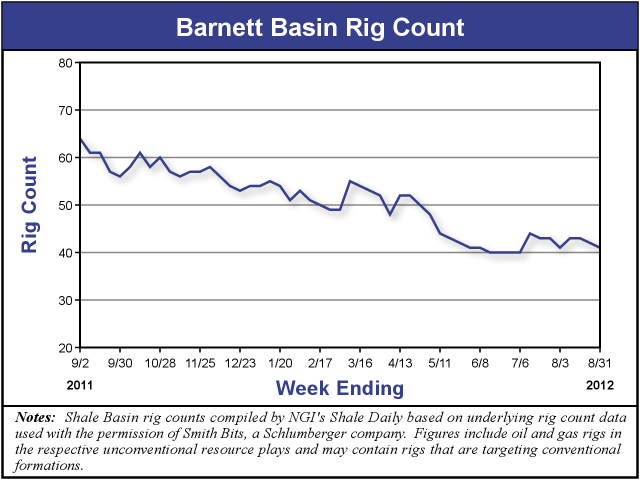 Since entering the play in 2007, Pioneer has accumulated about 155,000 gross acres, of which about two-thirds are in the liquids-rich Barnett Shale Combo play, the company said. The remaining one-third are in the dry gas area of the play. Pioneer has grown production to about 7,000 boe/d, of which 55% is liquids (oil and natural gas liquids) and 45% is dry gas.

“The sale of our Barnett Shale properties will allow us to strategically reallocate capital to our higher-return, core assets in the Spraberry vertical play, the horizontal Wolfcamp Shale play and the Eagle Ford Shale,” said CEO Scott Sheffield. “We plan to utilize the net proceeds from the divestiture to reduce indebtedness under Pioneer’s credit facility.”

The Barnett Shale is the play that started it all for the shale gas revolution. About half (17,980) of the roughly 36,000 wells that have been drilled in the five major shale basins in the United States have been drilled in the Barnett. The Barnett wells were drilled during the period from June 1982 through May 2012 and have produced roughly 12 Tcf of gas and 40 million bbl of oil, according to an analysis of regulatory records by Powell Shale Digest, a weekly newsletter specializing in North American shale news and research (see Shale Daily, Aug. 16).

As recently as March, Pioneer was counting the Barnett Shale Combo among its “Texas growth assets,” which include the Spraberry vertical and horizontal Wolfcamp (see Shale Daily, March 6).

According to NGI’s Shale Daily Unconventional Rig Count, activity in the Barnett has been in decline, although not as steep as in some other shale plays. As of Aug. 31, there were 41 rigs active in the Barnett, down 36% from 64 rigs a year ago and 2% lower from the 42 rigs in operation during the prior week.

However, while rig activity was declining, production continued to increase through 2011 when nearly 1.94 Tcf of gas was produced from the formation, compared to nearly 1.85 Tcf in 2010, according to Texas Railroad Commission statistics. From January through April of this year gas well production was 618 Bcf, which is about equivalent to one-third of 2010 production four months into 2012.

Dallas-based Pioneer said it plans to open a data room in October and is targeting completion of the divestiture during the first quarter of 2013. RBC Richardson Barr has been engaged to market the assets.