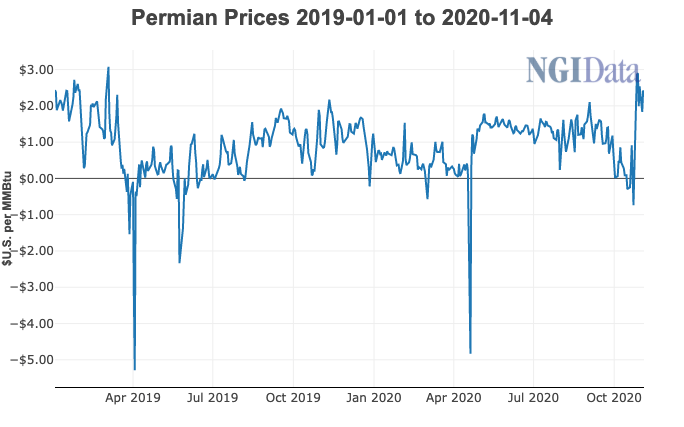 Assuming that Republicans maintain a majority in the Senate, there “should be no effect with regard to taxes going forward,” CEO Scott Sheffield told analysts during a third quarter earnings call.

Sheffield added that he would expect under Biden, the Environmental Protection Agency could reinstate Obama-era greenhouse gas emissions standards that were rolled back by the current administration.

“We were against Trump doing that,” Sheffield said.

As of Thursday afternoon, Biden had captured 264 of the 270 electoral votes needed to take the White House, compared to President Trump’s tally of 214.

The election is one of several factors that could impact oil prices over the coming months, Sheffield said.

These include a third wave of coronavirus cases and an upcoming meeting late this month of the Organization of the Petroleum Exporting Countries and its allies to discuss extending supply cuts.

In any case, no matter the oil price, Pioneer plans to maintain a value-over-volume strategy for annual oil production growth, said Sheffield.

“I’ve stated before, we will never go above 5% long-term” output growth, “regardless of what the oil strip is doing.”

However, “I’m a firm believer that long term, Brent will be above $45.”

Pioneer raised its full-year 2020 production guidance for a second straight quarter, but capital spending guidance for the year remains unchanged.

About 5.5 million b/d of lower-margin, higher-cost vertical well production was curtailed during the period, which is expected to remain offline in the current commodity price environment, management said.

Pioneer’s pending acquisition of Parsley Energy Inc. is expected to reduce the  reinvestment rate to a range of 65% to 75% from 70-80%, “allowing for significant free cash flow generation while maintaining a strong balance sheet,” Sheffield said.