Lower 48 oilfield services provider Pioneer Energy Service Corp. has filed for voluntary bankruptcy and is planning a comprehensive financial restructuring under an agreement with key stakeholders. 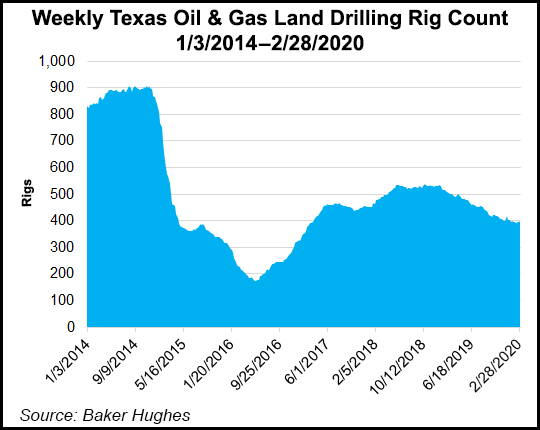 The Chapter 11 petition, which excludes Colombia operations, was filed in U.S. Bankruptcy Court for the Southern District of Texas. Over the past year the company’s stock price has traded as high as $2.30/share to as low as its current value of around 0.025 cents.

“Over the course of the last several years, Pioneer has been challenged by the difficult economics of the oil and gas industry,” CEO Wm. Stacy Locke said. “We have continued to adapt to the challenging market environment in which we operate, but our strong underlying business has continued to labor under a heavy debt burden.

“Our objective is to use the restructuring process to implement a balance sheet restructuring and set the company on a path to succeed in the future with a right-sized debt structure and ample liquidity going forward.”

Operations are to continue per usual with all obligations paid as necessary, management said.

In addition to equitizing about $300 million in aggregate for its existing notes, Pioneer plans to raise up to $125 million through a rights offering of convertible debt, as well as $78 million of senior secured notes.

The company is using a prepackaged restructuring plan supported by secured lenders and noteholders. It also has a $75 million commitment for in debtor-in-possession (DIP) financing from PNC Bank. Once the court approves the plan, the financing and cash generated from the ongoing operations would be used to support the business during the reorganization process. PNC has also committed to roll the DIP financing into an asset-based revolving credit facility at exit.