With two big transactions completed in a matter of months, Pioneer Natural Resources Co. has become the largest producer in the Permian Basin and should produce up to 700,000 boe/d-plus in 2022, CEO Scott Sheffield said Wednesday. 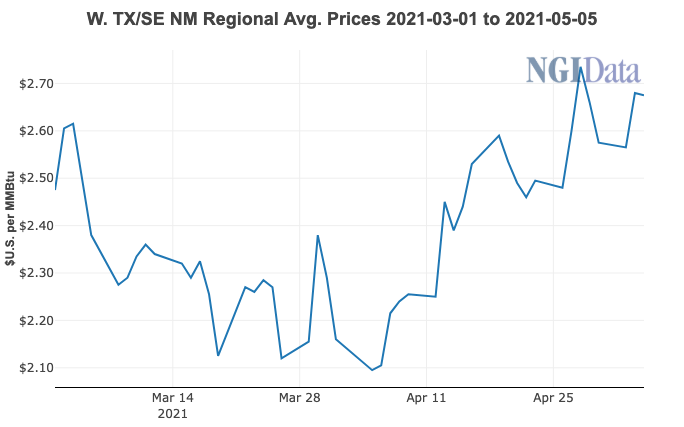 “Given the hand-in-glove fit of Double Points acreage with ours, we expect to achieve synergies of approximately $175 million annually, leading to double-digit free cash flow per share and variable dividend per share accretion.”

The acquisition added around 100,000 acres to the asset base, “right in the heart of the core” of the Midland, where Pioneer has long held court.

“This will take our Midland Basin on up to over 900,000 net acres,” the CEO said. To provide context on “how dominant” Pioneer has become in the Midland sub-basin alone, he said it would control 25% of the rig count and 25% of the fracture fleet rig count.

Combined, Pioneer estimated it controls around one million acres across West Texas and southeastern New Mexico, with more than 900,000 acres in the Midland and around 100,000 in the Delaware sub-basin.

On average, 22-24 horizontal rigs are set to run, with up to nine fracture fleets in operation. About 470-510 wells should be turned to sales, including 90 acquired from DoublePoint.

“One of the…significant benefits of combining Parsley and DoublePoint is adding to our contiguous acreage position and what this allows us to do,” Dealy said. “We’ve successfully drilled longer laterals out to 15,000 feet, up from 9,000 to 10,000 feet…”

The longer laterals are “much more capital efficient and really adding essentially the same production by drilling fewer wells.”

In addition, the independent has formally adopted an ESG goal to maintain natural gas flaring intensity to less than 1% of gas produced. It also plans to end routine flaring by 2030, as defined by the World Bank, with an “aspiration to reach this goal by 2025.”

The capital budget this year is set at $3.1-3.4 billion, funded entirely by forecast cash flow of $5.9 billion, Dealy said.