Plans to build the first liquefied natural gas (LNG) bunkering port on the Gulf Coast are inching forward by awarding a front-end engineering and design (FEED) contract for a floating LNG unit. 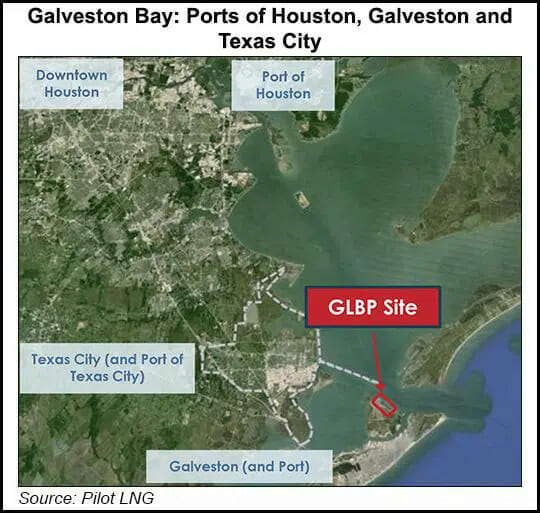 Developer Pilot LNG LLC said last week it had chosen partner Wison Offshore & Marine to carry out the FEED work. Wison also is taking a minority stake in Pilot, though financial terms were not disclosed.

The proposed Galveston LNG Bunker Port (GLBP) project would comprise an LNG production vessel permanently moored off Pelican Island, TX. The island is in Galveston Bay, one of the busiest marine corridors in the United States, providing access to the Houston Ship Channel.

Wison has been a partner of Pilot since last year, when the project application was first filed with federal regulators.

Pilot LNG is betting that increased demand for LNG as a marine fuel could build support for the project. International regulators have tightened emissions standards, and the maritime industry has increasingly turned to LNG as a fuel source because of its lower emissions profile and cost competitiveness.