The federal Pipeline and Hazardous Materials Safety Administration (PHMSA) has released an advanced notice of proposed rulemaking (ANPRM) on vapor pressure requirements for the transport of crude oil and other hazardous liquids by rail. 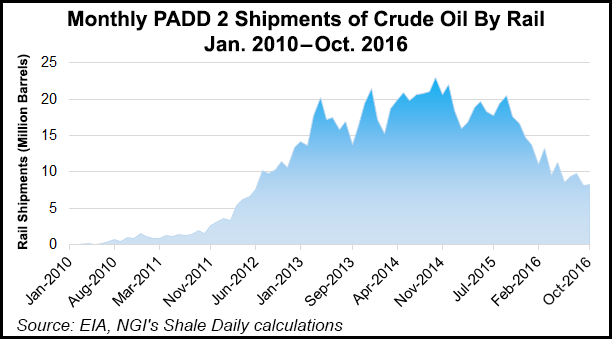 Officials in the U.S. Department of Transportation (DOT), where PHMSA resides, said they seek comments on the benefits of deploying various “vapor pressure thresholds” for crude oil transport, something North Dakota oil and natural gas regulators have been working on in recent years after a spate of rail tank car accidents transporting Bakken crude.

“Nationwide, Americans are experiencing the move of energy products in new ways and looking to government to safeguard their communities and neighborhoods,” said DOT Secretary Anthony Foxx.

North Dakota is watching closely how PHMSA proceeds, according to Lynn Helms, head of the state’s Department of Mineral Resources. Earlier this month, Helms expressed concerns that the federal agency was looking to “completely overturn” North Dakota’s oil conditioning regulations.

For Helms and other North Dakota officials who have helped cobble together state rules in this area, the prospect of a 9 psi vapor pressure requirement from PHMSA would push aside the state’s efforts.

Saying the state Industrial Commission (IC) will want to weigh in on the PHMSA proposal, Helms noted that at an IC meeting last Tuesday the staff was asked to prepare comments on PHMSA’s proposal as it could be “a major interference” with state oil conditioning rules.

In announcing the ANPRM, federal officials said DOT continues its “collaborative work” with Sandia National Laboratories on a study to better understand the characteristics of Bakken light sweet crude oil in North Dakota “to determine the best sampling and testing methods for this type of crude.” The long-term findings of the study are slated to be used in crafting the eventual new rulemaking.