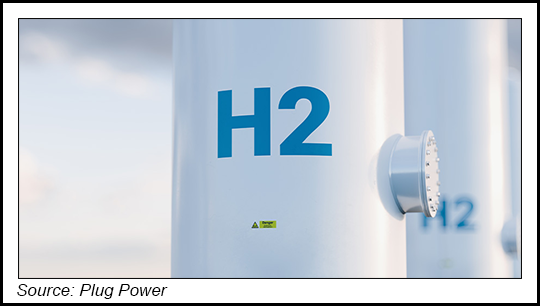 The MOU provides a framework for working together on integrating and scaling low-carbon hydrogen in the industrial sector; advancing hydrogen fueling opportunities for the mobility sector; and developing hydrogen-related infrastructure to support the build-out of the hydrogen value chain.

Hydrogen is seen as a key element of the energy transition, and developments are being announced virtually every week in North America and across the globe. In a recent development, TC Energy Corp. signed a hydrogen supply development agreement with aspiring electric transport truck manufacturer Nikola Corp.

Plug Power said it has also partnered with aerospace company Airflow to start developing a hydrogen fuel cell-based propulsion system for electric aircraft. The Airflow Model 200 aircraft would fly up to 500 miles with nine passengers, or 2,000 pounds of cargo, without generating any carbon emissions.

Earlier this year, Baker Hughes Co. said it was helping to front a hydrogen infrastructure fund as a cornerstone investor with Chart Industries Inc. and Plug Power.

Plug Power would commit $200 million to the FiveT Hydrogen Fund, with infrastructure giants Chart and Baker Hughes each committing $60 million to sponsor the fund. The Euro-denominated fund aims to raise close to $1.4 billion from financial and industrial investors.

In its Global Hydrogen Review 2021, the International Energy Agency (IEA) said production today is minimal, costs are not yet competitive and its use in “promising” industry and transport sectors remains limited.

However, “there are encouraging signs that it is on the cusp of significant cost declines and widespread global growth,” IEA researchers said. “Pilot projects are underway to produce steel and chemicals with low-carbon hydrogen, with other industrial uses under development. The cost of fuel cells that run on hydrogen continue to fall, and sales of fuel-cell vehicles are growing.”