The 350,000 b/d Liberty Pipeline proposal, which would have moved oil from the Rockies and Bakken Shale to the Cushing Hub in Oklahoma, has been canceled by sponsor Phillips 66 Partners LP. 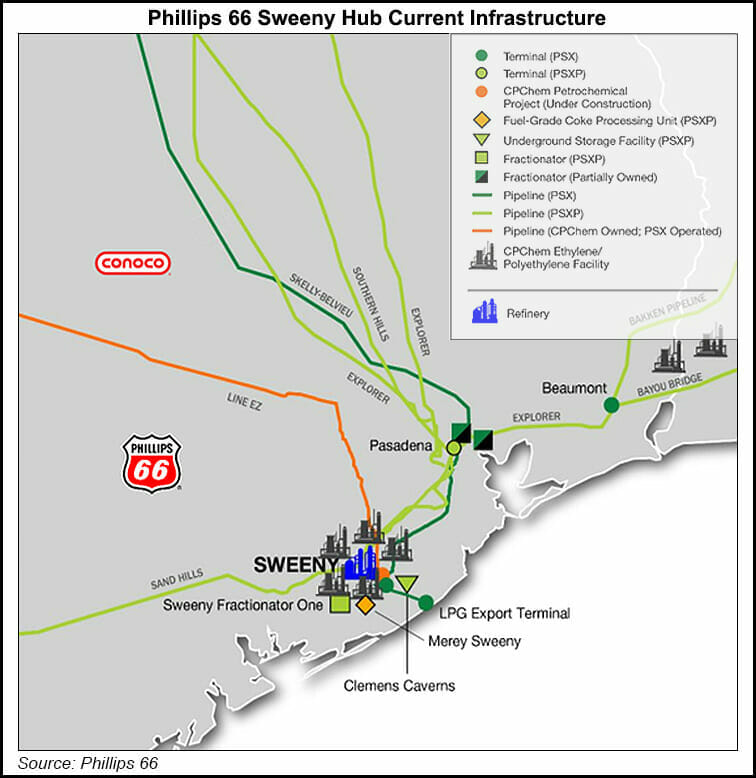 The cancellation was noted in preliminary first quarter results by the partnership, which said it planned to record an impairment of $180-210 million. Last October, the Houston partnership also canceled the Red Oak Pipeline, which had been deferred; it would have moved crude from Cushing to the Texas coast.

Parent Phillips 66 Co. in the first quarter update said the severe winter storms during February “had significant impacts on…operations in the Central and Gulf Coast regions. These winter storms resulted in lower utilization of assets, as well as higher utility, maintenance and repair costs primarily in the Midstream, Chemicals and Refining segments.”

Higher utility costs “were driven by significant increases in prices for natural gas and electricity in certain markets due to the increased demand and supply outages caused by the winter storms. These negative impacts were partially offset by the sale of electricity to help meet demand in the Texas market.”

In addition, it said the Refining and Marketing and Specialties segments “continue to be impacted by lower global demand for refined petroleum products due to the Covid-19 pandemic.”

In the updated guidance for the quarter, Phillips 66 predicted net losses would be around $865 million, versus its previous forecast of a loss of $680 million.

Global olefins and polyolefins utilization for 1Q2021 was reduced at the midpoint to 70% from 90%. Refining crude utilization had been “market conditions” in the prior forecast; it also was changed to 70%.

The parent corporation has reduced capital expenditures for 2021 year/year to $1.7 billion from $3.1 billion. In the fourth quarter conference call, CEO Greg Garland said about $1.1 billion of sustaining capital is to be directed toward reliability, safety and environmental projects, with $600 million targeting “in-flight” projects, investments and renewable fuels.

Phillips 66 also is planning to resume construction in the second half of this year of the fourth fractionator at the Sweeny Hub in Old Ocean, TX. That would bring total fractionation capacity at the facility to 550,000 b/d.