Although all utilities do a certain amount of it, Pacific Gas and Electric Co. was singled out last week for criticism by the California Public Utilities Commission following mounting customer complaints to regulators and adverse publicity the giant San Francisco combination utility has been receiving in local news media concerning its use of delayed and estimated bills. The CPUC Executive Director Steve Larson wrote the PG&E utility CEO last Tuesday, demanding “immediate steps” be taken to address the situation.

“PG&E’s billing practices have not only generated negative publicity for (the utility), they have led to a substantial number of customer complaints here at the commission,” Larson wrote in a letter to PG&E CEO Gordon Smith. Larson requested that the utility submit a formal report of the billing practices and experiences in the summer months that explains why customers who received estimated bills could not get an “actual accurate bill.”

The utility fired back with a filing late Friday, taking the actions suggested in the Larson letter, and also suggesting that a statewide change in the rules related to delayed or estimated bills may need to be made by the CPUC. In any event, a PG&E utility spokesperson said the utility has been well aware of the issue and working on it for the past two years as it transitioned to an entirely new computer billing system for its nearly 4 million customers.

“The new billing system is one of the factors, but in any given year we stay below the industry standard, keeping below 1% for the portion of our bills that are categorized as delayed,” said the utility spokesperson. “The industry standard is about 1.5%, but there were glitches in our system, so I am not going to say it wasn’t one of the symptoms. But it wasn’t just the growing pains of a new system. It was also human error and employees doing things manually. In this case, we don’t have one clear root cause.”

Until the issues surrounding the billings are resolved, Larson asked PG&E’s utility to stop collecting overdue amounts dating back more than 90 days that have ostensibly been created by the over-use of the estimated billing practices. “PG&E should endeavor to correct the conditions that have led to the issuance of so many delayed or estimated bills,” Larson said. The utility indicated in Friday’s filing it will do this.

According to the CPUC, what it called “numerous customer complaints” point to unusually large numbers of customers over many months receiving delayed or estimated bills. As a result, the CPUC staff launched an investigation of the situation, in which the utility has provided a lot of information, but has not necessarily resolved the situation for customers, Larson indicated in his letter.

A bill is considered “delayed” by the utility when it is not mailed in the normal 27- to 33-day monthly billing period. After record high numbers of delayed and estimated bills last year, the monthly totals have been down substantially in 2004, according to PG&E utility data submitted to the CPUC, but they are still running more than 20,000 delayed and up to 100,000 estimated bills each month.

Larson said that if the utility is “intentionally estimating the bills rather than reading customer meters,” then PG&E may have violated one of the rules in its CPUC-authorized tariffs. Under those rules, the use of estimated bills is limited to “unusual conditions or for reasons beyond the meter reading entity’s control.” A shortage of meter reading staff would not constitute an “unusual condition,” according to Larson. The utility spokesperson indicated the PG&E meter-reading function is fully staffed. 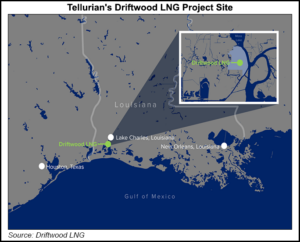