Portland General Electric Co. (PGE) CEO Maria Pope said the Oregon-based utility has settled a 2015 lawsuit that at one point stopped the utility’s 440 MW natural gas-fired Carty Generating Station during the final phases of its construction. 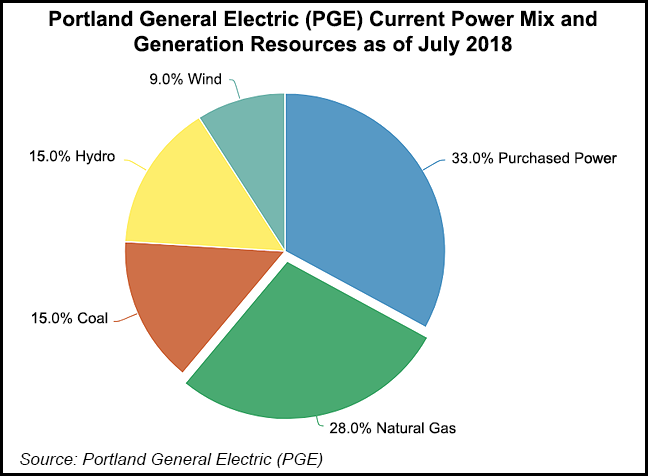 During a conference call Friday to discuss 2Q2018 earnings, Pope said PGE entered into a settlement earlier this month with other parties to resolve all claims related to construction at Carty, which was successfully put back on track and opened as scheduled in 2016. The parties include the three-company engineering procurement and construction for the project: a unit of Spanish-based Abengoa SA, and the sureties Liberty Mutual Insurance Co. and Zurich American Insurance Co.

Pope and CFO Jim Lobdell said the settlement provides about 12 cents/share of added earnings for this year. “We anticipate the proceeds will fully offset the incremental construction costs and partially offset other damages,” Pope said.

When PGE opened Carty in the summer of 2016, revised final capital costs were estimated to be between $640 million and $660 million. The utility filed with state regulators to recover capital costs above the $514 million working capital level that were included in a 2016 rate decision. PGE is in the process of seeking insurance coverage first to cover the added funds.

PGE fired Abengoa in December 2015, after declaring that it was in default of its construction agreement. At the time, PGE said the plant was on track to open in 2Q2016. Abengoa eventually filed for bankruptcy.

Carty, located near Boardman, OR, on the site of a PGE coal-fired plant scheduled to close in 2020, was selected for construction in 2013, following a competitive planning process dating back to 2009.

“I’m pleased to put the Carty litigation behind us and recognize the increase in our credit ratings,” Pope said, adding that Carty has been operating at rates “that have exceeded expectations.”