Stoked by concerns over wildfire risks and mitigation, Pacific Gas and Electric Co. (PG&E) has asked California regulators to approve up to $5.5 billion in a rate hike from 2023-2026, a period during which it plans to spend $7.4 billion for related safety programs. 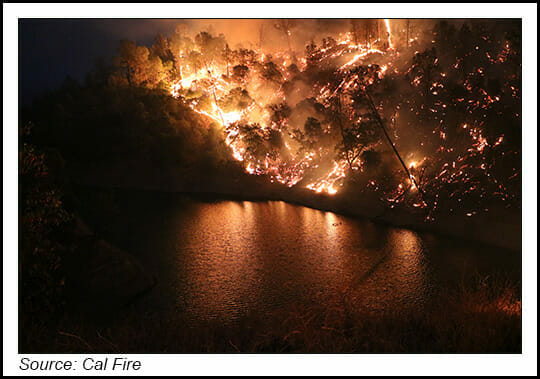 About half of the general rate increase would cover wildfire reduction work, including vegetation management, said spokesperson Kristi Jourdan. The added rates are “proposed investments.”

If the California Public Utilities Commission (CPUC) approves the request, typical residential customers face an increase of more than $430 annually. That’s an added monthly increase of $25 for electricity and nearly $11 for natural gas utility service.

PG&E characterized the request as a series of “crucial safety, resilience and clean-energy investments” aimed at reducing wildfire risks.

To better address wildfires, PG&E wants funding for, among other things, to harden power lines and adopt new technologies. It also plans to advance the use of drones.

PG&E also is proposing to replace 222.5 miles of distribution pipelines annually in 2023, increasing by up to 245 miles in 2026. It also wants to strength-test or replace about 174 miles of transmission pipelines. On the electric side, the utility is putting distribution lines underground in Paradise and in Berry Creek, areas ravaged in wildfires in 2018 and 2020, respectively.

Meanwhile, three wildfires were burning in the far northeastern corner of California under the jurisdiction of the U.S. Forest Service. PG&E said it had sustained damage to parts of its distribution and transmission systems from the 12,000-acre Salt Fire. It was forced to de-energize part of its system Tuesday night.