For the next 15 years, natural gas will be an important transition fuel, but longer term, Pacific Gas and Electric Co. (PG&E) is still conducting an assessment of what its future will be, CEO Patti Poppe said Thursday. 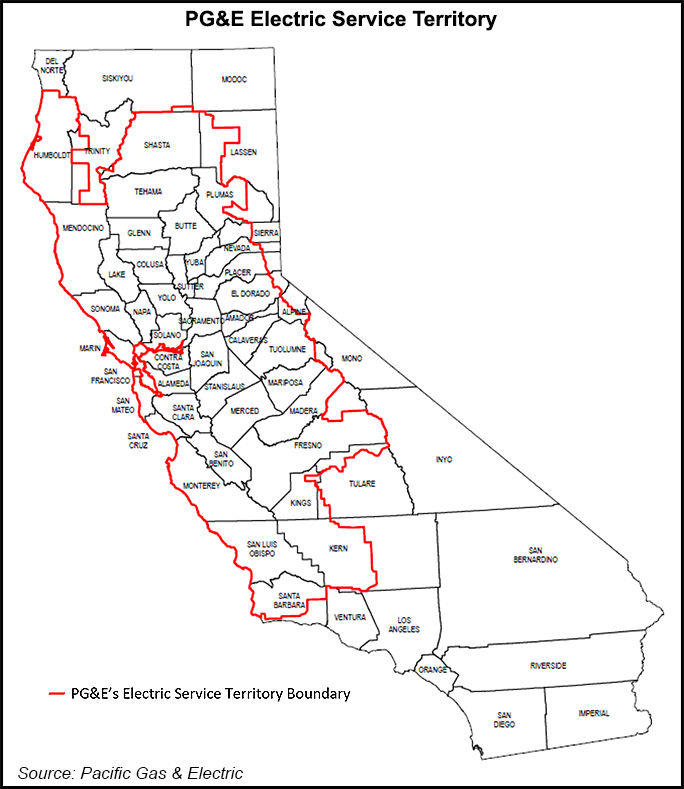 “In all the clean energy scenarios, and certainly in the near-term over the next 15 years, there is a need for natural gas as a continued bridge fuel,” Poppe said during the first quarter conference call. “Our utility customers still want natural gas, and we’re going to have to figure out how we minimize methane emissions throughout our operations.

“We’re in the process of asking ourselves a lot of questions and developing a strategic plan, so when the time is right, we’ll talk more about this publicly. There is a lot more to be done to determine what the long-term role of gas is here in California.”

Regarding utility-sparked wildfires, Poppe said two principal areas can lower their incidence: accelerated hardening of energy infrastructure and planned shutoffs of portions of the grid. She expressed confidence that a combination of new technologies and application of fundamentals would help lower the risks.

“Our capital expenditures plan is a major part of what we need to do to mitigate wildfires, and it includes both new and exciting steps and other things that are quite traditional,” Poppe said.

During the conference call, she reiterated that PG&E intends to push back regarding the criminal charges from the Kincaid Fire in 2019 filed recently by the Sonoma County District Attorney. The charges are related to PG&E’s alleged role. Poppe said it may take two years before the utility has its day in court.

“We don’t agree with the charges,” she said, which include five felony and 28 misdemeanor counts. “And we definitely are going to fight them.”

Poppe noted that different types of companies carry large risks. “You can’t fix what you don’t know about, but we know about this risk. We’ve gotten incredibly sophisticated in dealing with this risk. We’ve got the right team working on it, and I am a believer, and I believe there are a lot of reasons for other people to believe in PG&E.

“This is a long game and we’re in it to win. Our future will become significantly de-risked as we deliver results day in and day out. The exclusive focus for me and my team is to create a culture of performance, and we make it safe here in California, which means we end catastrophic wildfires caused by our equipment.”