Pioneer Natural Resources Co. will accelerate disbursing a variable dividend for shareholders amid a bullish commodity cycle and improved efficiencies across its one million acre-plus footprint in the Permian Basin, management said this week. 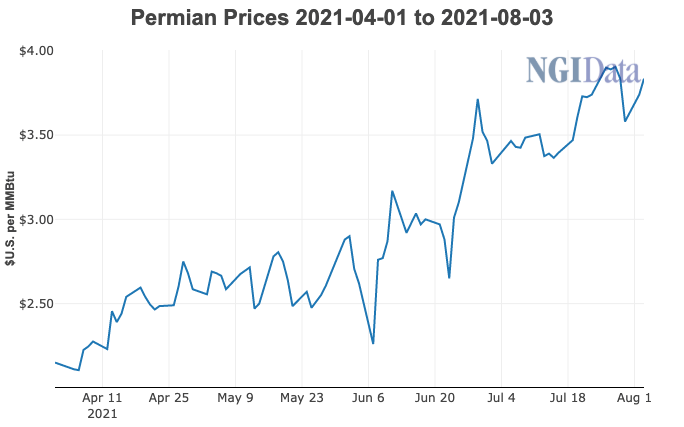 “We are witnessing strong oil demand growth as the global macroeconomic environment continues to improve, with a corresponding improvement in commodity prices,” said CEO Scott Sheffield upon announcing the second quarter results. “As a result of the improved commodity price outlook, which is expected to further strengthen our balance sheet, we have accelerated and increased our variable dividend framework with the declaration of our inaugural variable dividend.”

The revised quarterly variable dividend would equal up to 75% of 1Q2021’s free cash flow (FCF) after deducting the base dividend paid during the quarter. The increase would occur about 18 months sooner than previously planned.

Pioneer generated $616 million of FCF during the second quarter, of which about 80% was returned to shareholders. FCF for the first half of the year totaled about $1 billion.

The Irving, TX-based independent cemented its place as the Permian’s largest producer and leaseholder this year following its acquisitions of Parsley Energy Inc. and DoublePoint Energy, which grew Pioneer’s position in the Midland sub-basin to over 900,000 acres.

“We are not looking at any more Midland Basin large acquisitions,” Sheffield said Tuesday during an earnings call to discuss the quarterly results. “We bought the best two available.”

President Richard Dealy said Pioneer “will continue to evaluate opportunities to monetize portions of our longer-dated inventory” in the Permian.

Pioneer expects its 2021 drilling, completions and facilities capital budget to range from $2.95-3.95 billion, with an additional $100 million and $50 million budgeted for integration expenses related to the Parsley and DoublePoint acquisitions, respectively.

The total capital budget is to range from $3.1 billion to $3.4 billion, and is expected to be fully funded by forecast 2021 cash flow of roughly $6.45 billion, management said.

Pioneer plans to operate an average of 22-24 horizontal drilling rigs in the Permian during 2021, and to place 470-510 wells on production.

Pioneer placed 157 horizontal wells on production during the quarter. “Drilling and completion efficiencies continued to improve, with an increase of greater than 65% drilled feet per day and 75% completed feet per day when compared to 2017 averages,” management said. The company continues to see efficiency gains through the use of simultaneous fracturing, aka simul-frac technology.

Simul-frac operations allow operators to “stimulate more stages across multiple wells at the same time, using a single fleet,” according to Halliburton Co.

Pioneer plans to run two simul-frac fleets during the second half of 2021.

Net sales volumes totaled 629,468 boe for the second quarter, up from 374,563 boe in 2Q2020. The latter figure predates the Parsley and DoublePoint acquisitions, which closed in January and May of this year, respectively.

Natural gas prices, meanwhile, averaged $2.69/Mcf, up from $1.15 in the year-ago period. All realized prices exclude the effects of derivatives, i.e. hedging.

On the environmental front, Pioneer aims to reduce its greenhouse gas emissions intensity by 25% and its methane emissions by 40%, by 2030 from a full-year 2019 baseline. The company also plans to end routine natural gas flaring by 2030, with an aspiration to reach this goal by 2025.