Permian Basin explorer Legacy Reserves is filing for voluntary bankruptcy in U.S. Bankruptcy Court for the Southern District of Texas and plans to use a restructuring support agreement reached with its lenders to reduce debt. 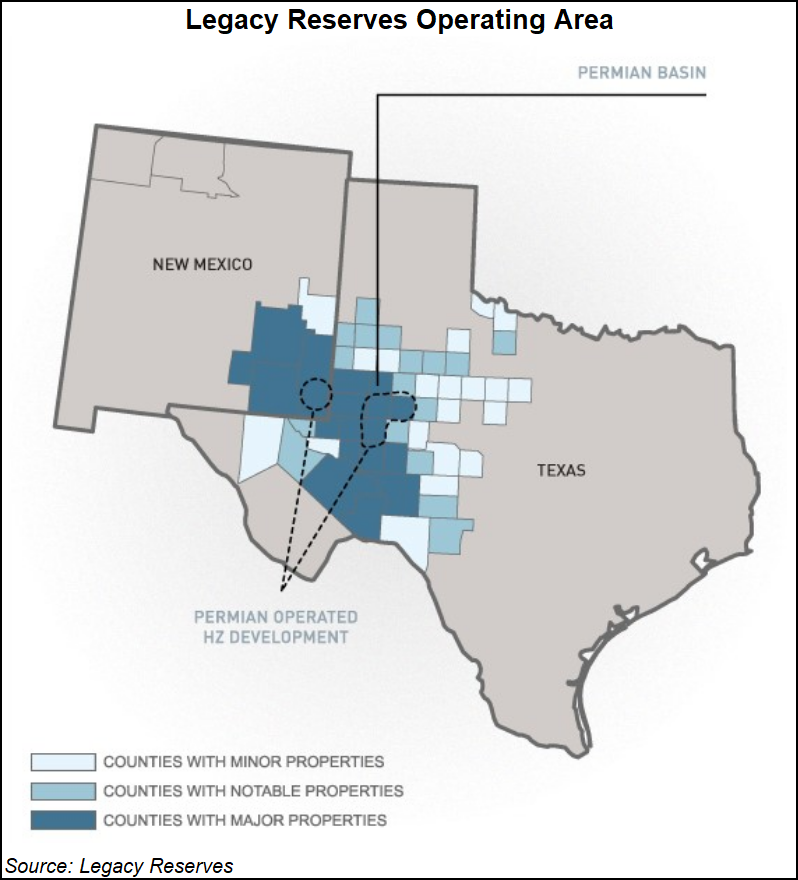 “We explored a wide variety of alternatives to address our balance sheet and looming bank maturity during a sustained downturn in oil and gas prices,” said CEO Dan Wescott. “After concluding this broad process, we believe that the financial restructuring negotiated with our creditors provides the best path forward for the company.

“Through the proposed terms of the plan of reorganization, we believe our right-sized balance sheet will enable us to successfully compete in the current environment.”

Legacy expects to operate its business in the normal course without material disruption to its vendors, partners or employees, and said it should have sufficient liquidity to meet its financial obligations during the restructuring.

The restructuring agreement contains a pre-arranged plan of reorganization. With the restructuring, Legacy expects its capital structure to decline by more than $900 million, including an infusion of at least $200 million in equity capital. It also expects to pay in full its creditors.

The restructuring agreement is also considering that the company obtain debtor-in-possession financing with existing reserve base lenders, subject to court approval. Once Legacy emerges from bankruptcy, it plans to secure an asset-based lending credit facility of $500 million through its existing creditors.

Legacy has previously worked in the Permian Basin, where the producer had difficulties with production growing faster than infrastructure — and demand — can handle.

Legacy Reserves, based in Midland, TX, was an exploration and production company before its reorganization, which transformed into a master limited partnership. Legacy shares now trade on the Nasdaq Global Select Market under the symbol “LGCY.”