Malfunctioning flares at oil and natural gas facilities across the Permian Basin remain “stubbornly high,” which when combined with preliminary federal data suggest challenges continue for producers in the biggest operating basin in the country. 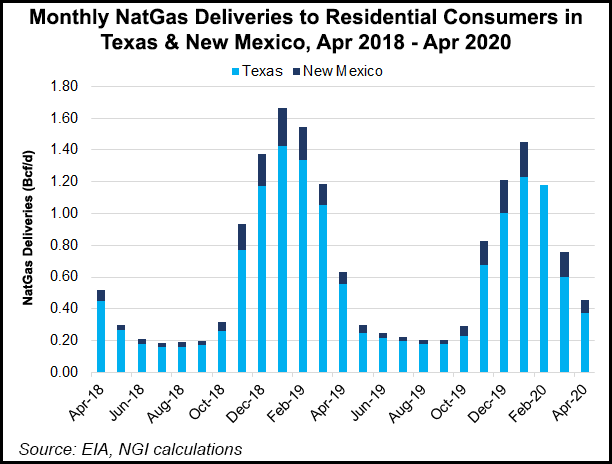 Environmental Defense Fund (EDF) researchers reported data as part of the year-long PermianMap initiative that began last October. Researchers said based on the latest survey in June, more than one in every 10 flares were either unlit and venting uncombusted methane or were only partially burning gas released.

“Malfunctioning and unlit flares are a longstanding problem for the industry and one of the largest sources of methane emissions in the Permian,” said EDF scientist David Lyon. “The fact that we have not seen any improvement in flare performance over three separate surveys tells us that industry and regulators need to get much more serious about the problem. The best solution is to eliminate routine flaring altogether.”

The federal data also found Permian flaring on the rebound, with June flaring volumes from West Texas to southeastern New Mexico reportedly up by half following a steep decline from February through May as the pandemic eclipsed demand.

EDF said other satellite data indicates Permian operators sent 280 Bcf of gas worth about $420 million up their flare stacks in 2019, which was “more than enough to supply every home in Texas.” Historically, New Mexico and Texas regulators had not made flaring or methane a regulatory priority, but policymakers are making strides to impose safeguards.

“It’s troubling to see methane pollution from flares persist at the same time it appears flaring activity is on the rise again,” said EDF’s Jon Goldstein, director of regulatory and legislative affairs. “This data underscores the need for New Mexico’s oil and gas regulators to implement rules that comprehensively address methane waste and pollution.

“The drafts released this week are a good start, but must be strengthened to close critical loopholes.”