Activity increases in the Permian Basin and Marcellus Shale propelled the U.S. rig count five units higher to 402 for the week ending Friday (Feb. 26), according to updated data from Baker Hughes Co. (BKR). 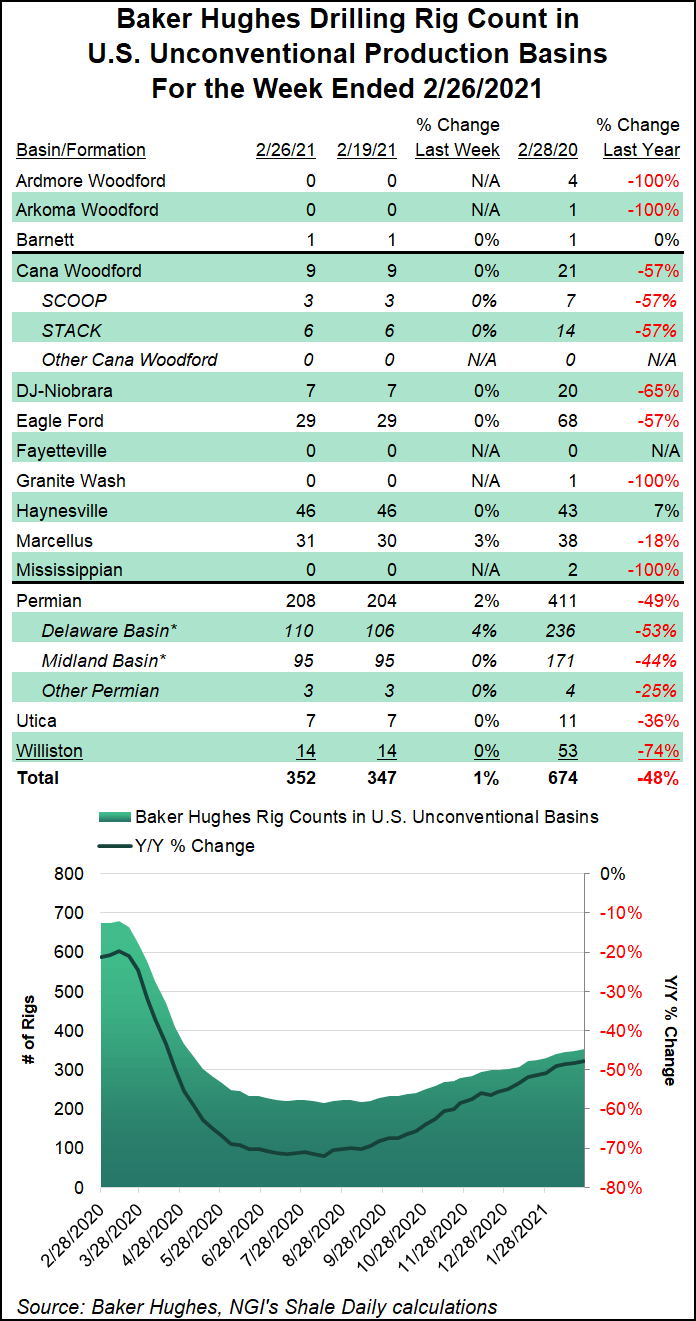 Four oil-directed rigs and one natural gas-directed rig were added for the week, bringing the combined domestic total to within 388 units of the 790 rigs active in the year-ago period, according to the BKR numbers. The BKR data is based partly on information provided by Enverus.

Five land units were added, while one rig departed from inland waters. The Gulf of Mexico added one rig to grow its total to 17, versus 22 a year ago. Two directional units and two horizontal units were added in the United States, along with one vertical unit.

The Permian further cemented its status as the most active U.S. onshore play during the week, adding four units to grow its tally to 208. That’s down from 411 in the year-ago period. The gassy Marcellus, meanwhile, added one rig to reach 31 units, versus 38 a year ago.

Broken down by state, Texas added three rigs overall for the week, while New Mexico added one. In the Northeast, Pennsylvania added two rigs, partially offset by a net decline of one rig in West Virginia.

The week brought some discouraging news for Northeast exploration and production companies, as the Delaware River Basin Commission on Thursday adopted a permanent ban on hydraulic fracturing.

“It may be a good day for those who seek higher energy prices for American consumers and a deeper dependence on foreign nations to fuel our economy, but this vote defies common sense, sound science, and is a grave blow to constitutionally protected private property rights,” said Marcellus Shale Coalition president David Callahan, who slammed the move as “purely political.”

Meanwhile, the week saw oil prices rally as traders absorbed new – and elevated – forecasts for 2021 amid signs that U.S. inventories could trail rising demand as the year unfolds.