Led by growth in oil-directed drilling in the Permian Basin, the U.S. rig count rose three units to 765 for the week ended Friday, according to updated figures published by Baker Hughes Co. (BKR). 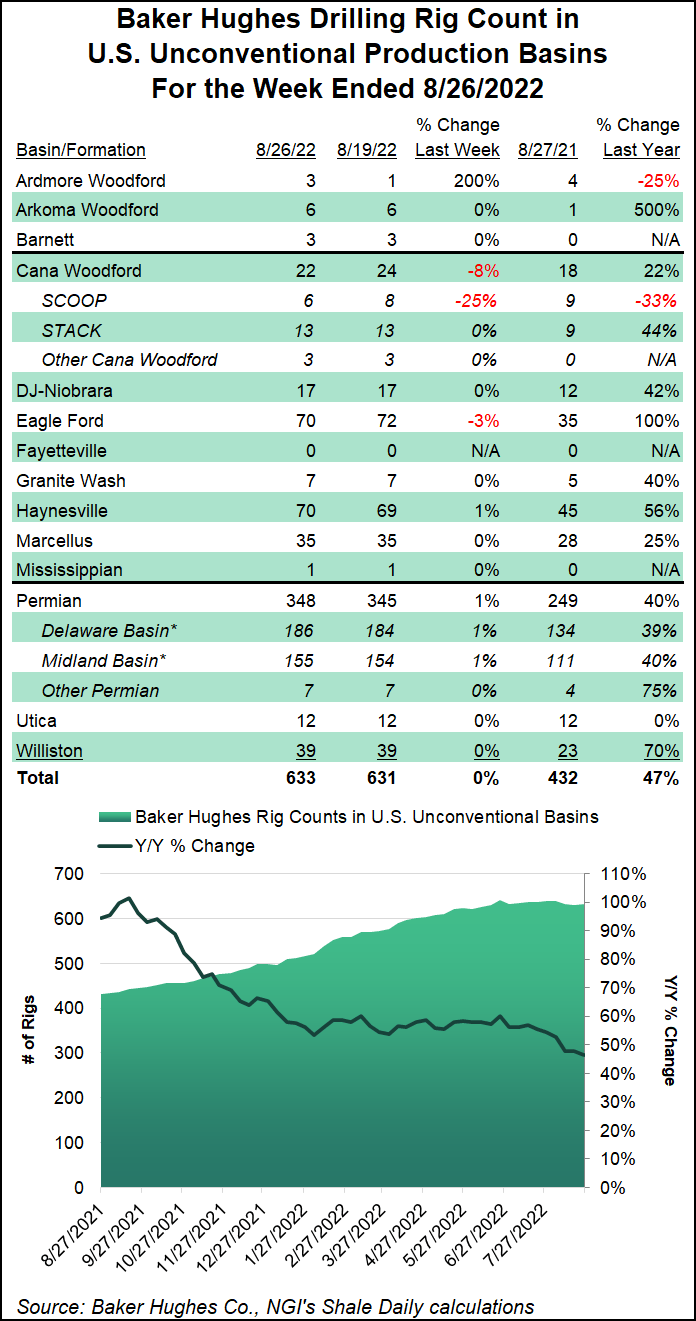 A four-rig increase in oil-directed drilling in the United States was partially offset by a one-rig decrease in natural gas-directed activity. The 765 active U.S. rigs as of Friday compares with 508 rigs running in the year-earlier period, according to the BKR numbers, which are partly based on data from Enverus.

Land drilling increased by three units domestically, while the Gulf of Mexico count was unchanged week/week at 16. Two vertical units were added overall, along with one directional rig.

The Canadian rig count, meanwhile, was flat week/week at 201, versus 147 in the year-ago period. Changes there included a gain of one natural gas-directed rig, offset by a one-rig decline in oil-directed drilling.

Broken down by major region, the Permian posted the largest week/week gain, picking up three rigs to raise its total to 348. That’s up from 249 at this time last year. Elsewhere among plays, the Ardmore Woodford added two rigs, while the Haynesville Shale added one. The Cana Woodford and Eagle Ford Shale each dropped two rigs from their respective totals.

Counting by state, Texas saw a two-rig increase overall for the period, while Louisiana posted a net gain of one rig week/week, according to the BKR data.

A rebound in Permian oil and gas permitting, along with a lift in the Haynesville and Marcellus shales, lifted the Lower 48 count in July to a three-year high, according to state and federal data compiled by Evercore ISI.

Evercore ISI analysts found that permitting overall rose by 707 month/month and was 63% higher year-to-date. Permian permitting increased by 273 from June, up 22%.

Production for the week ended Aug. 19 declined by 100,000 b/d to 12.0 million b/d, the U.S. Energy Information Administration said in its Weekly Petroleum Status Report. Output had reached a pandemic-era high of 12.2 million b/d earlier in the summer, though it remained roughly 1 million b/d below pre-coronavirus peak in early 2020.