Midstream companies are working hard to keep up with the red-hot Permian Basin. A pair of open seasons for crude oil pipelines servicing the Permian’s Midland sub-basin were announced this week, which together could add a combined 410,000 b/d of capacity out of the play.

Permian Express 3, which would join Energy Transfer’s existing Permian Express 1 & 2 pipelines, is initially expected to offer 100,000 b/d of transportation out of the Permian Basin. The companies expect to hold future open seasons that could see the project expand to a total estimated capacity of up to 300,000 b/d.

The two-part expansion would see the Irving, TX-based Medallion double the capacity of its existing Wolfcamp Connector via a 16-inch diameter partial loop in the West Texas counties of Howard, Glasscock, Mitchell and Scurry to 200,000 b/d from 105,000 b/d. The expansion is to run 47 miles from the existing Howard-Wolfcamp Interconnect to the Colorado City Hub to interconnect with third-party carriers, Medallion said.

The second part of the expansion would increase capacity on Medallion’s existing Howard Lateral in Glasscock and Howard counties, adding pumping horsepower to increase throughput on the line to 85,000 b/d from 60,000 b/d.

The open season on the Medallion expansions runs through June 9. Interested shippers may contact Medallion’s Paige Snider at (972) 746-4401.

The potential for infrastructure constraints to affect the red-hot Permian was a major topic of discussion at last month’s Independent Petroleum Association of America’s Oil & Gas Investment Symposium in New York City. Management teams assured attendees during that event that the industry was on track to keep up with growth from the West Texas play at least through 2019.

These latest expansions come after Epic Pipeline Co. announced plans to construct a 730-mile 440,000 b/d crude and condensate pipeline from the Permian to Corpus Christi, TX. Phillips 66 also recently launched an open season for a 130,000 b/d crude pipeline originating in the West Texas counties of Reeves, Loving, Winkler and Odessa, with a tentative startup in the second half of 2018. 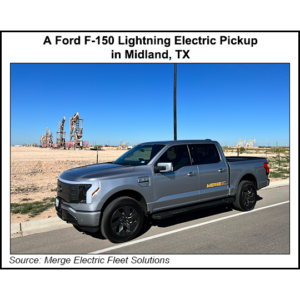