Texas and Oklahoma led the states in active drilling rig gains during the week ending Friday, according to Baker Hughes Inc. Texas raised its tally by eight, and Oklahoma added seven. 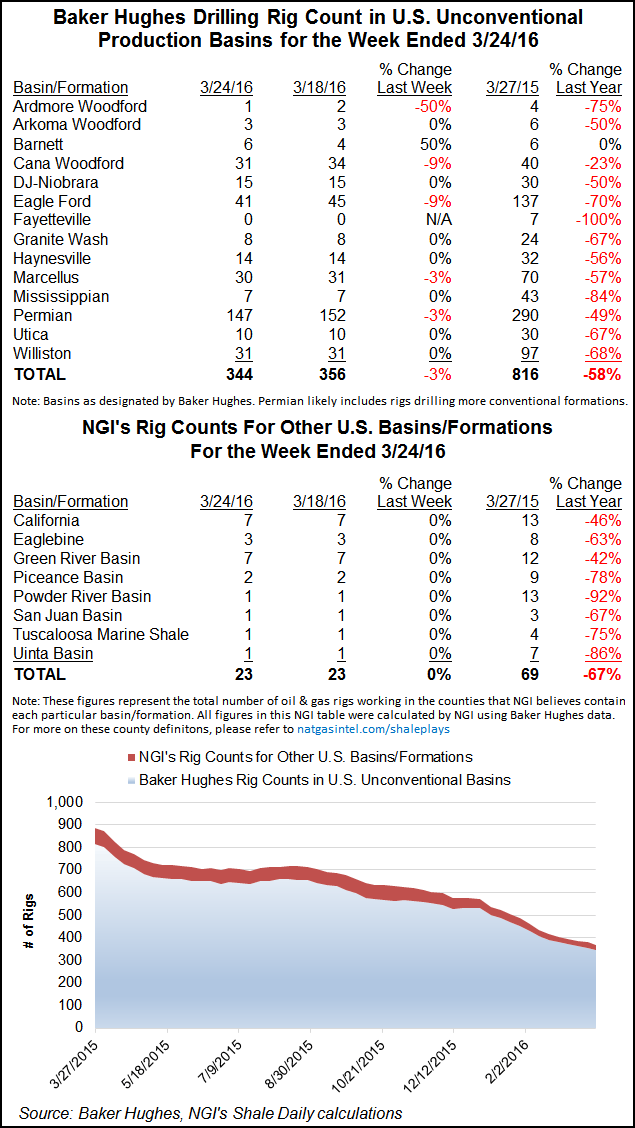 The U.S. land rig count overall gained 22 units to end the week at 787. One rig left the inland waters along with one departing the offshore to make for a net gain of 20 rigs to end the week with 809 active in the United States overall.

Among U.S. plays, the Permian Basin was the biggest gainer, adding seven rigs to end the week at 315 running. The Permian gain was composed of four rigs in the Delaware subbasin and three in the Midland.

In Canada spring breakup continued with the departure of 79 oil rigs and 11 natural gas units as well as one miscellaneous rig. There were 70 oil rigs and 114 gas rigs running at week’s end, which is up from the respective year-ago tallies of 11 and 44. Alberta drilling dropped by 24% during the week, while British Columbia was down by 6%, Saskatchewan was off by 82%, and Manitoba saw a decline of 80%.