The Pennsylvania Department of Environmental Protection (DEP) has suspended the well permits of a small Texas-based producer in an unprecedented move for failing to pay required impact fees. 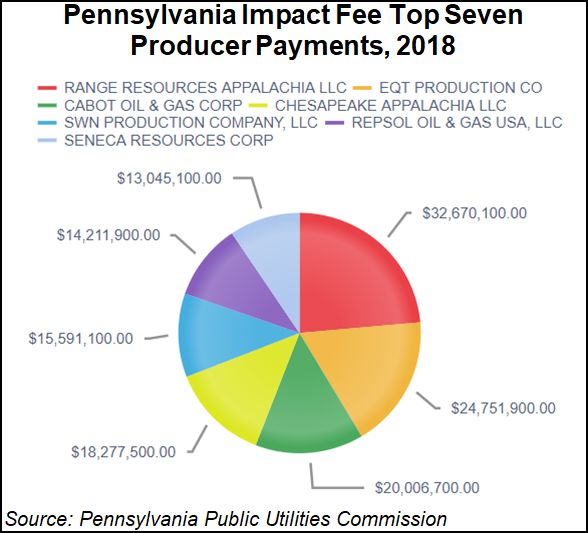 The suspension required Xtreme Energy Co. to stop production at its two active natural gas wells in Southwest Pennsylvania’s Somerset County. It is the first time the DEP has suspended an operator’s permits since the impact fee took effect in 2012, the agency said.

The fee is levied annually on all unconventional wells in the state during their first 15 years of operation, as long as they produce more than 90 Mcf. The fees are collected by the Pennsylvania Public Utility Commission (PUC) and distributed annually to local communities and state agencies.

DEP said it was notified by the PUC of Xtreme’s failure to pay the fees for the 2014, 2015 and 2016 calendar years, and the company was notified of the permit suspension earlier this month. DEP said the suspension would remain in effect until the undisclosed amount of fees are paid.

Xtreme, with offices in Texas and Oklahoma, operates more than 300 wells in nine states across the country.

More than 9,000 horizontal and vertical wells targeting unconventional formations were eligible to pay the fee last year, when $242.9 million was collected. Since its inception, the impact fee has generated nearly $2 billion.