The Pennsylvania Public Utility Commission (PUC) on Thursday approved yet another settlement with a retail natural gas and electricity supplier to resolve complaints about deceptive marketing and inaccurate pricing information during the brutally cold winter of 2013-2014. 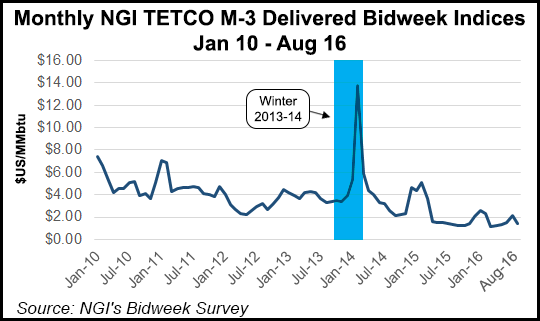 New York-based Respond Power LLC, an electric power supplier in the state, has agreed to pay more than $5.2 million in consumer refunds and penalties. It would also modify its marketing and business practices as part of the settlement for “deceptive actions against variable rate customers during the ‘Polar Vortex’ winter of 2013-2014,” the PUC said.

The commission voted unanimously to approve the settlement, which resolves complaints against the company filed by Pennsylvania Attorney General (AG) Kathleen Kane’s office in 2014. Those complaints alleged that Respond engaged in misleading marketing and advertising practices for its variable rate plan; made “deceptive” promises of savings, switched customers to different rates and plans without their consent and failed to provide accurate pricing information.

The settlement requires the company to pay more than $4.1 million in customer refunds. It has already paid $971,279 to customers. Respond must also pay $50,000 to hardship funds in the state operated by electric distribution companies and a $125,000 civil penalty.

Respond is to modify its marketing and advertising practices as well as employee training. It must also offer fixed-price contracts for two years and not charge termination fees for customers that cancel their variable rate products during that time.

The AG’s office said in 2014 that it received hundreds of calls and complaints from consumers regarding dramatic spikes in the cost of their electricity during the winter, which was one of the nation’s coldest in decades. Demand for natural gas set records at the time and pushed prices up. Power generators also scrambled for gas.