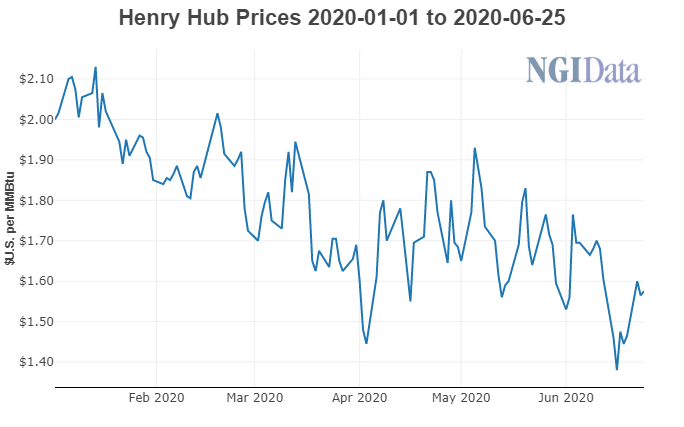 “This report is about preventing the failures of our past from continuing into our future,” Shapiro said. “It’s about the big fights we must take on to protect Pennsylvanians to ensure that their voices are not drowned out by those with bigger wallets and better connections.”

The report cited failures by the chief oil and gas regulatory agency, the Department of Environmental Protection (DEP), in addition to the Department of Health. It put forward eight recommendations to strengthen oversight of the industry at a time when it’s reeling from low commodity prices and a collapse in demand caused by the Covid-19 pandemic.

Recommendations include expanding a buffer between well pads and dwellings from 500-2,500 feet; regulating gathering lines; compiling all air pollution sources in a given area to accurately assess air quality, and limiting DEP employees from seeking work in the private sector immediately after leaving the agency. The industry argued that some of the other recommendations, such as requiring producers to disclose the chemical additives they use for drilling and completing wells, are already in practice.

The Executive Director of the American Petroleum Institute of Pennsylvania, Stephanie Catarino Wissman, cautioned that “any policy recommendations should be based on sound, scientific engineering principles and recognize the critical role of natural gas in providing affordable, reliable and cleaner energy for Pennsylvania families.”

Marcellus Shale Coalition President David Spigelmyer said environmental safety and public health is a top priority for the industry. “Our industry’s long and clear proactive and collaborative approach to ensuring Pennsylvania’s regulations encourage safety is unfortunately not reflected in this report, which we are closely reviewing.”

The grand jury said DEP failed to “adequately respond” to unconventional development during the early days of the Appalachia shale boom. The lapses “harmed” Pennsylvanians living near development, the AG said. Grand jurors also found that while Democratic Gov. Tom Wolf’s administration has implemented some improvements, “there continues to be room for meaningful change to occur.”

Acting through the DEP and health department, Shader said the administration has taken steps to better regulate oil and gas development. He noted that measures have included “new environmental regulations, fighting for a reasonable severance tax on natural gas, increasing inspections of well sites, pipelines and other natural gas facilities, and promoting transparency and science-based decision-making on the health impacts of natural gas development.”

Testimony from residents living near unconventional wells pads noted that their well water turned to “black sludge” and became cloudy, while contaminated water caused illnesses or other health problems, according to the report. The grand jury also said air was polluted by stray gas or other chemicals used during industry operations that impacted residents.

The broader report comes after Range Resources Corp. and Cabot Oil & Gas Corp. were charged by the AG’s office and grand jury for environmental crimes related to their operations. The Cabot and Range cases were referred to Shapiro by local district attorneys, the AG’s office said.

Range pleaded no contest in Washington County and has since remediated the problems and paid fines. Cabot has denied the AG’s renewed allegations that it contaminated well water in Susquehanna County’s Dimock Township, where landowners and the company clashed for years in a saga that culminated in a 2017 settlement.

It became clear last year that Shapiro’s office was conducting an investigation following media reports. Local court records also indicated that an investigation was underway and that Washington County residents living near shale operations had contacted the AG’s office.