He insists he’s not supposed to be a cheerleader for the oil and gas industry he regulates, but when Scott Perry, deputy secretary of the Pennsylvania Department of Environmental Protection’s (DEP) Office of Oil and Gas Management, talks about the opportunities the Marcellus Shale has brought to his state, it’s easy to forget that distinction. 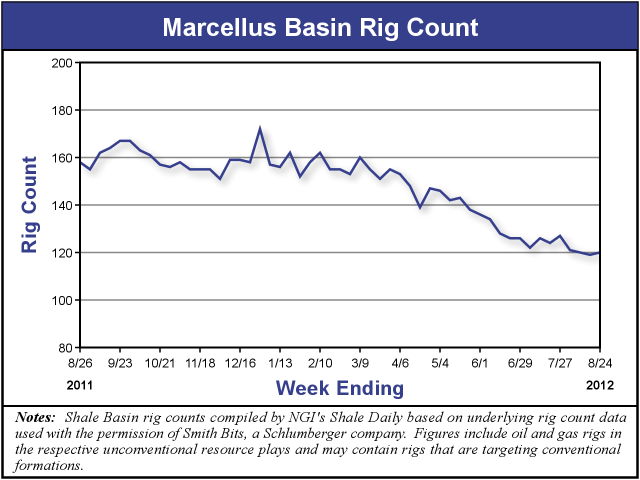 The DEP faces a series of challenges as it works to implement Act 13, Pennsylvania’s new omnibus Marcellus Shale law, including managing public perceptions, Perry said. “Part of my job is to go out and set the record straight that the environment is adequately protected by our regulations.”

Act 13, which Gov. Tom Corbett signed into law in February, gave shale-rich counties in the state the ability to impose a 15-year impact fee on unconventional gas wells if they agreed to abide by state zoning rules and made upgrades to environmental regulations (see Shale Daily, Feb. 15).

Nearly three weeks after ruling that portions of Act 13 were unconstitutional, the Commonwealth Court earlier this month ordered that an injunction against the law’s preemption provision will remain in place pending appeal, while one affecting setback waivers is lifted (see Shale Daily, Aug. 17).

In the wake of that decision, DEP is working on pieces of Act 13, including site containment and planning requirements, and developing a waiver policy. Longer term, the department must revise permitting and site restriction provisions to align with Act 13, Perry said. As far as he is concerned, the state should be putting together a regulatory structure that protects both the environment and the industry.

“Our processes and procedures should not get in the way of any lawful business, let alone one that does the important work yours does,” he said.

Members of PIOGA’s executive board, who spoke during a separate session Tuesday, said Pennsylvania needs to keep the impact on business in mind when passing and implementing new regulations. “Our main challenge is assessing the time it will require to obtain a permit,” said Randy Albert, president of CNX Gas. “Anytime there’s a change at DEP, there’s a learning curve.”

Sometimes the learning curve is too steep for companies to manage. “I think there are companies leaving Pennsylvania because of regulation,” said Jim Kriebel, president of Kriebel Gas.

Drilling activity in the Marcellus Shale has slowed a bit over the past year, but lower gas prices, not tougher regulations, are to blame. According to NGI‘s Shale Daily‘s Unconventional Rig Count for the week ending Aug. 24, there were 120 rigs drilling for oil and gas in the play, which is one rig more than the previous week but 38 rigs, 24%, fewer than the same week one year ago.

Mexico’s antitrust watchdog Comisión Federal de Competencia Económica (Cofece) has sent a letter to Mexico’s Congress decrying proposed changes to the nation’s Ley de Hidrocarburos, or Hydrocarbons Law. “We recommend the reform to the Hydrocarbons Law isn’t approved,” President Jana Palacios said on Twitter. She suggested the proposed changes would be damaging to competition in…