Competitive Power Ventures Inc. (CPV) said this week that it is prepared to burn ethane at its new natural gas-fired power plant in Central Pennsylvania after successfully testing new technology. 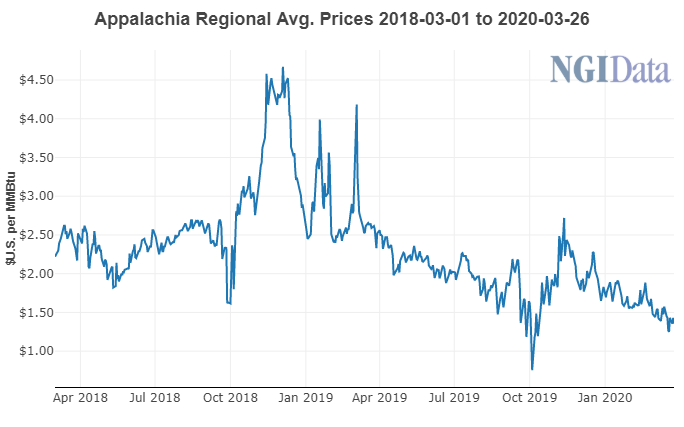 Tests have been completed at the Fairview Energy Center in Cambria County, which CPV said is the only facility of its kind in the world capable of blending ethane with natural gas to generate electricity.

“Should the cost of natural gas increase, CPV Fairview’s flexibility within its fuel sources allows the plant to maintain grid reliability and provide cost-effective rates to consumers, without compromising emissions or efficiency,” the company said.

Fairview entered service late last year as part of a wave of gas-fired plants that have been built across Appalachia to utilize low-cost shale gas produced in fields located to the northeast and southwest of the facility. The Mariner East pipeline system, which moves natural gas liquids across the state, has a delivery point onsite to feed the plant ethane.

Both natural gas and oil have traded at extraordinary lows this month due to oversupply and a weak economic outlook brought on by the spread of the coronavirus. The collapse in energy prices also has widened the spread between the value of natural gas and ethane.

Genscape Inc. noted Wednesday that the forward spread for this summer shows the value of ethane at 67 cents/MMBtu less than natural gas, meaning that it would cost “more to extract and process ethane out of a raw gas stream than one can sell the processed ethane for.”

While producers are likely to reject ethane into the gas stream for now given the spread, and gas remains highly competitive in the power stack, the ability to blend could improve the plant’s economics in the future if the market shifts.

“This opens up new areas of opportunity to consider for developing plants where natural gas and ethane are available,” the company said.

Maryland-based CPV has an interest in 4.2 gigawatts of power generation across the country. It manages more than 9,300 MW of fossil fuel and renewable generation facilities, most of which are powered by natural gas.

Great Lakes Dredge & Dock Co. LLC has been tapped to construct the third phase of a landmark expansion of the Port of Corpus Christi Ship Channel in South Texas. The U.S. Army Corps of Engineers awarded a $139 million contract to the dredging service provider, which is tasked with extending the ship channel west…