Pennsylvania is accepting applications for $24 million worth of grants that would help connect more of the state’s businesses, schools and municipalities with natural gas. 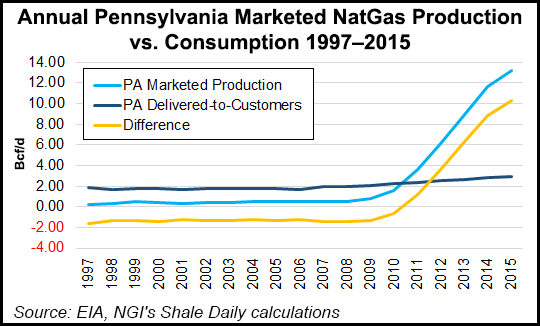 “Pennsylvania boasts tremendous natural gas resources, and it makes sense that our residents should benefit from the assets right under their feet,” said Gov. Tom Wolf, who has pushed to keep more of the state’s shale gas within its borders since taking office last year.

The program is being financed by shifting two years of fiscal funding from Pennsylvania’s Alternative Energy Investment Act. That provides grants for clean energy projects, but the Wolf administration said it’s been underutilized. Wolf originally wanted to fund the Pipe program with a severance tax on natural gas production, but after his attempts to enact one failed the state decided to shift funds from the alternative investments.

The Pipe program will offer grants of up to $1 million for each project. Applicants would have to provide matching funds equal to at least 50% of the total project cost. The first grant approvals are expected to be made early next year. More information about the program is available at dced.pa.gov.