Pennsylvania Gov. Tom Wolf has vetoed a bill that would have provided a tax credit for using state-produced natural gas to make petrochemicals or fertilizer. 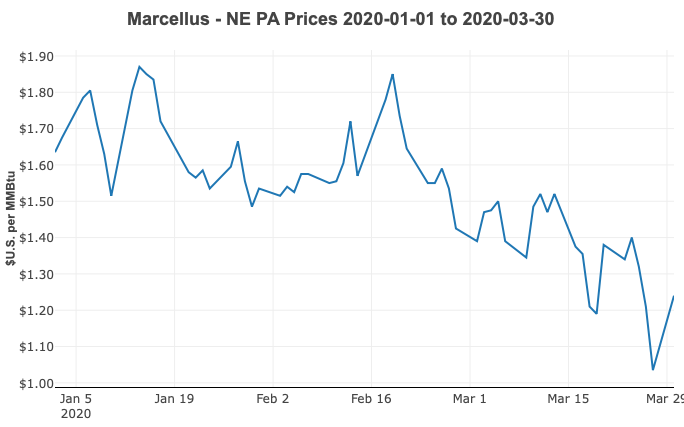 The governor indicated in his reasoning for the veto that the state must protect its limited resources as it battles the coronavirus outbreak. He also claimed that wage provisions for employees were not included in the bill.

“The required capital investment from companies and required job creation thresholds that must be met in order to receive the credits must adequately align with the level of economic development incentive,” Wolf wrote in his veto message. “Furthermore, this bill does not guarantee the creation of jobs paying prevailing wages — wages Pennsylvania’s workforce deserves when a project receives this level of financial commitment from the commonwealth.”

House Bill (HB) 1100 passed the general assembly earlier this year with bipartisan support. Wolf indicated at the time that he would veto the legislation, noting that he was open to the idea of tax incentives for such projects, but only on a case-by-case basis.

He reiterated that point in his veto, which was hailed by environmentals. Senior attorney Mark Szybist at the National Resources Defense Council said “Pennsylvanians are more concerned with keeping their families healthy and safe than doling out cash to the petrochemical industry.” He said it would be “unthinkable” for legislators to even consider overriding the veto.

In a joint statement with other supporters, however, the bill’s sponsor, state Rep. Aaron Kaufer (R-Luzerne County) said legislators would work to override the veto after the pandemic has been dealt with. Supporters derided the veto noting that HB 1100 could be a catalyst for employment growth at a time when jobless claims have surged to the highest point of any state in the country because of the virus.

Kaufer and supporters said they have until the end of this legislative session in November to override the veto.

Under the bill, any manufacturer investing at least $450 million to build a facility that creates at least 800 construction and permanent jobs would be eligible. The manufacturer could then receive 47 cents/Mcf for any natural gas consumed to make petrochemicals or fertilizer.

While the project is on hold because of the coronavirus outbreak, Royal Dutch Shell plc is building a multi-billion dollar ethane cracker in Western Pennsylvania. Thailand’s PTT Global Chemical pcl is also advancing a similar project in Southeast Ohio, but it has yet to sanction it.

Other petrochemical facilities have been floated for the region over the years, but none have materialized. Last year, Braskem SA canceled plans for an ethane cracker in West Virginia.